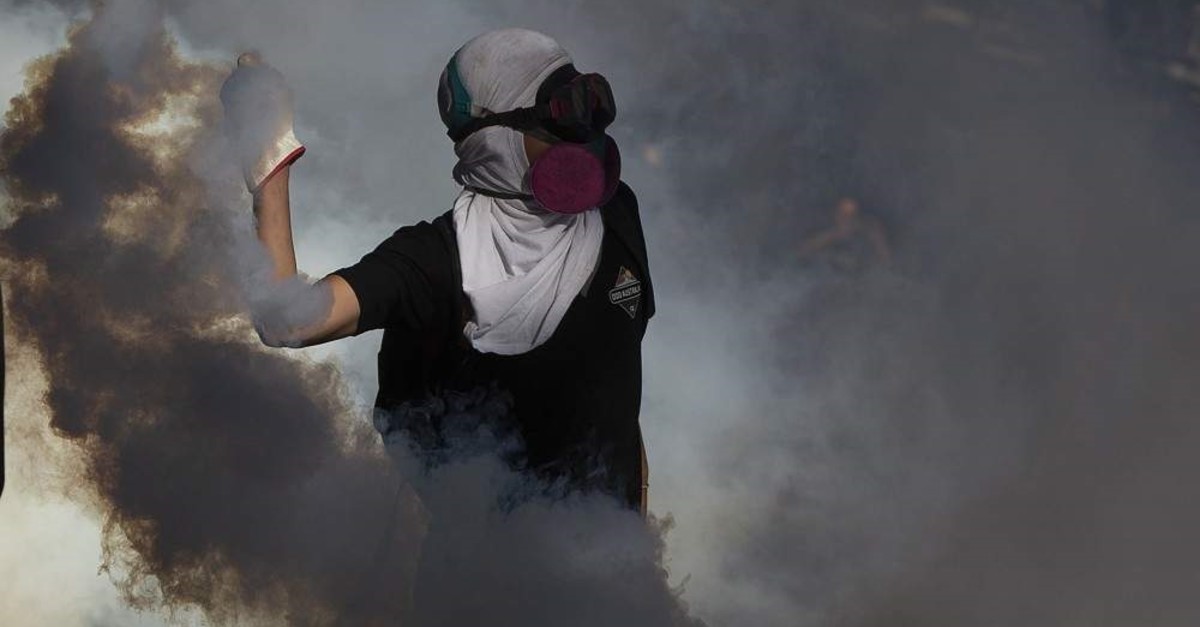 A demonstrator throws a tear gas canister back at riot police during a protest against Chilean President Sebastian Pinera's government in Santiago, on Dec. 27, 2019. ( AFP Photo)
by Dec 28, 2019 8:11 pm

One protester has died in the latest demonstrations in Chile, the National Institute of Human Rights (NHRI) confirmed Saturday, taking the overall death toll to 29 during months of unrest in the country.

The independent INDH, in a message on their official Twitter account, reported the fatality without giving further details.

The death brings the total number of those killed in the protests to 29 – the most severe outbreak of social unrest since the end of the dictatorship of Augusto Pinochet nearly 30 years ago.

Demonstrators had gathered to protest on the last Friday of the year despite a heavy police presence.

Authorities have been trying to restore peace in downtown Santiago over the crisis as Chileans have taken to the streets to express their anger over inequality and to vent at the elites that control much of the country's wealth.