Religious sites in US become target of increasing hostility 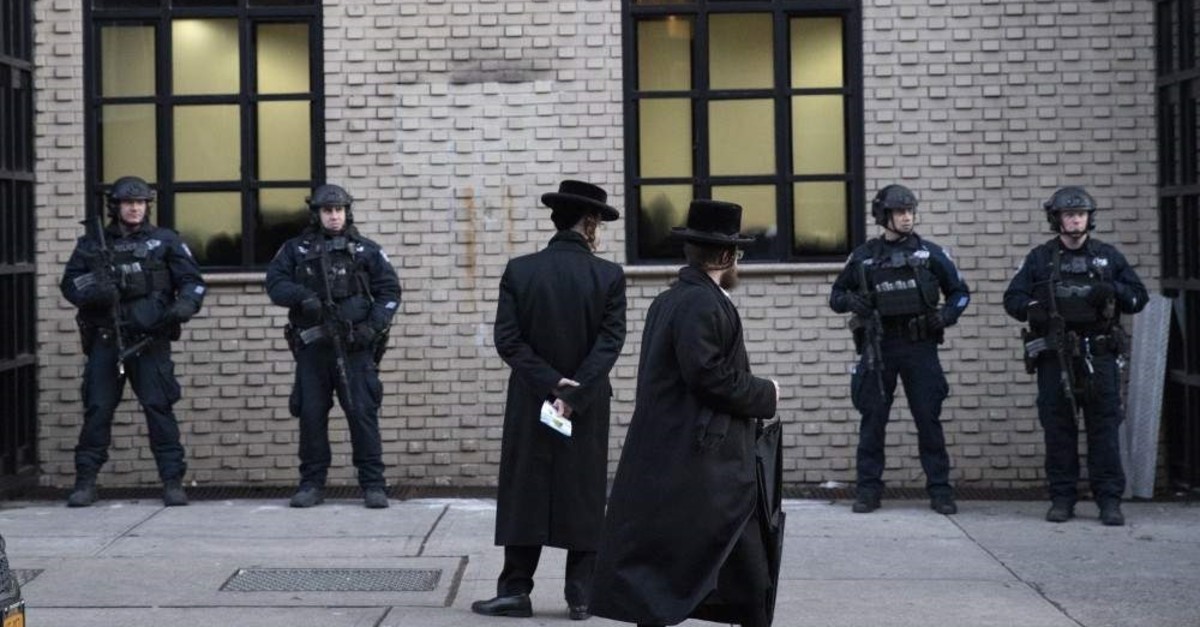 Houses of worship in the U.S., including mosques, synagogues and churches are constantly under attack as the country has suffered from mass shootings fueled by growing intolerance

Amid increasing intolerance and hatred in the U.S., mass shootings take place at houses of worship, including mosques, churches and synagogues, as more Muslims and Jews have become the target of increasing hostility. Lately, worshippers in the state of Texas shot dead a gunman who opened fire during a Sunday service, ending an attack that killed one parishioner and wounded another, police said. It was the latest U.S. shooting at a house of worship that took place in the suburban Fort Worth community of White Settlement on Sunday morning.

On Saturday, a knife-wielding man stormed into a rabbi's home and stabbed five people as they celebrated Hanukkah in an Orthodox Jewish community north of New York City, the latest in a string of violence targeting Jews in the region, including a Dec. 10 massacre at a kosher grocery store in New Jersey. It was also the 13th anti-Semitic attack in New York since Dec. 8. Last month in Monsey, a man was stabbed while walking to a synagogue.

Anti-Muslim sentiments are growing in the U.S., as more Muslims have become the target of increasing hostility. For years, American Muslims have become used to police patrols, active shooter drills and private security officers guarding mosques for Friday prayers. Based on research conducted by the New America Foundation and the American Muslim Institution, two in five Americans think that Islam is not compatible with the country's values. Among Republicans, the percentage is higher with 71% of them feeling uncomfortable with Islam. About 56% of Republicans also admitted they would be concerned if a mosque was built in their neighborhood, the study reveals.

According to a leading Muslim advocacy group, the Council on American-Islamic Relations (CAIR), the number of anti-Muslim hate crimes in the U.S. rose 91 percent in the first half of 2017, compared with the same period in 2016. The most frequent type of incidents, documented by CAIR in the second quarter of 2017 involved harassment, defined as a non-violent or non-threatening incident. The second most common type of bias incidents were hate crimes and involved physical violence or property damage. CAIR said the most prevalent trigger of anti-Muslim bias incidents in 2017 remains the victim's ethnicity or national origin, accounting for 32 percent of the total.

For years, American Muslims have become used to police patrols, active shooter drills and private security officers guarding mosques for Friday prayers. CAIR, the largest Muslim rights group in the United States, said Muslims and other minority groups had faced a surge in bigotry since Donald Trump won the 2016 U.S. presidential election. A CAIR statement blamed this in part on what it described as "Islamophobic, white supremacist and racist Trump administration policies and appointments."

Shootings are a frequent occurrence in the U.S. but despite the scale of the gun violence problem in the country, efforts to address it legislatively have long been largely deadlocked at the federal level. The perennial debate over gun control in America kicks up again with each shooting, a far too frequent occurrence. Yet, no solution has been found over the decades that satisfies both those seeking stricter gun controls to reduce such tragedies and those supportive of constitutional guarantees to the right to bear arms. The power of an influential gun lobby and a long tradition of gun ownership have meant that little has been done to improve gun safety. Efforts have always proved divisive and Republican lawmakers have been highly successful at preventing what they describe as an assault on their right to bear arms under the Second Amendment of the U.S. Constitution.

Guns kill about 36,000 people a year in the U.S., one of the most heavily armed countries in the world, through suicides, homicides, police-involved shootings and accidents. The country has lived through a sharp rise in mass shootings in recent years, alarming the public and triggering a new debate on how to control this epidemic of violence. In November 2017, a gunman shot dead 26 worshippers during a service at a Baptist church in Sutherland Springs, Texas, outside San Antonio. Almost a year later, in October 2018, an anti-Semitic shooter killed 11 people at a Pittsburgh synagogue.