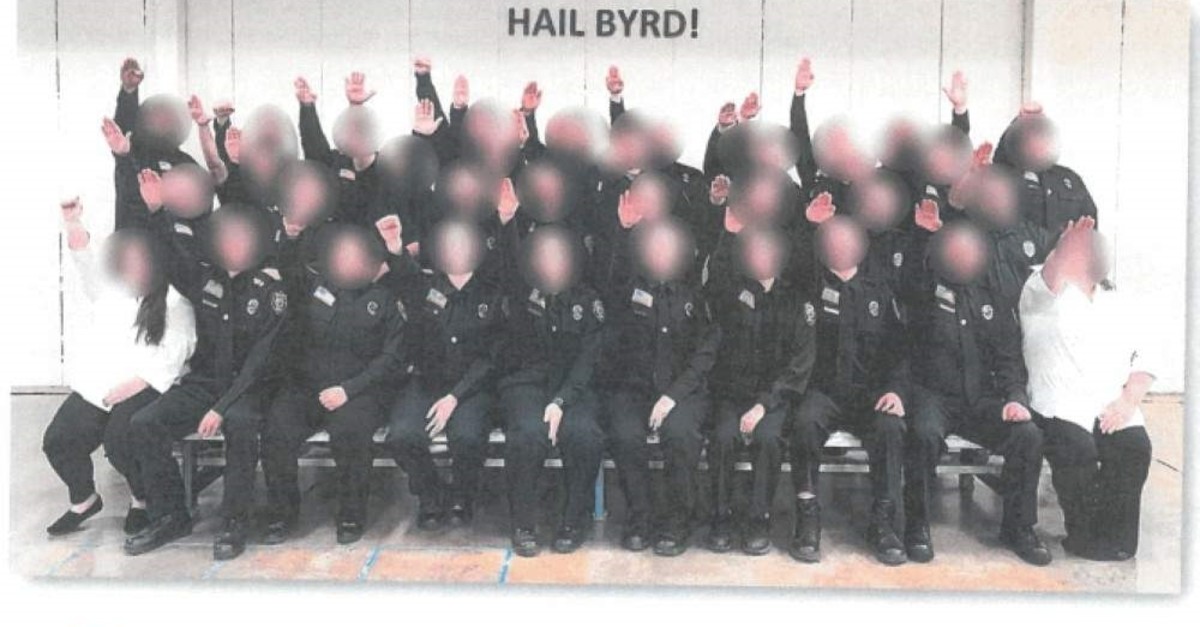 Thirty apprentice prison officers in the eastern U.S. will be fired for making a Nazi salute in a group photo, the state governor said Monday.

West Virginia Gov. Jim Justice condemned the photo "in the strongest possible terms" and in a statement said, "This kind of behavior will not be tolerated on my watch in any agency of state government." His announcement coincided with rising concern over anti-Semitic incidents in the U.S. where a machete-waving intruder wounded five people on the weekend at a New York Hanukkah celebration.

U.S. media in early December published the photo of the apprentice prison officers, which was taken after several weeks of training. It depicts about 30 apprentices in uniform making a Nazi salute under the legend "Hail Byrd!" a reference to their trainer, Kassie Byrd.

According to a report from the West Virginia Department of Military Affairs and Public Safety, a member of the prison administration expressed her concerns to Byrd after receiving the photo. Byrd replied, "There is nothing wrong with it. We have people of all colors and backgrounds in the picture and every one of them is participating." She explained the caption by saying, "They do that because I'm a hard-ass like Hitler."

The investigation concluded that the gesture was motivated by "ignorance" and an "appalling lack of judgment," but nonetheless "damaged the reputation" of the prison administration and was "the antithesis of the values we strive to attain."

The Department of Military Affairs and Public Safety recommended the dismissal of all the apprentices involved, along with a staff member who did not report the photo to his superiors. Two trainers had already been dismissed.