US to hit 52 sites in Iran if it attacks American assets, Trump says 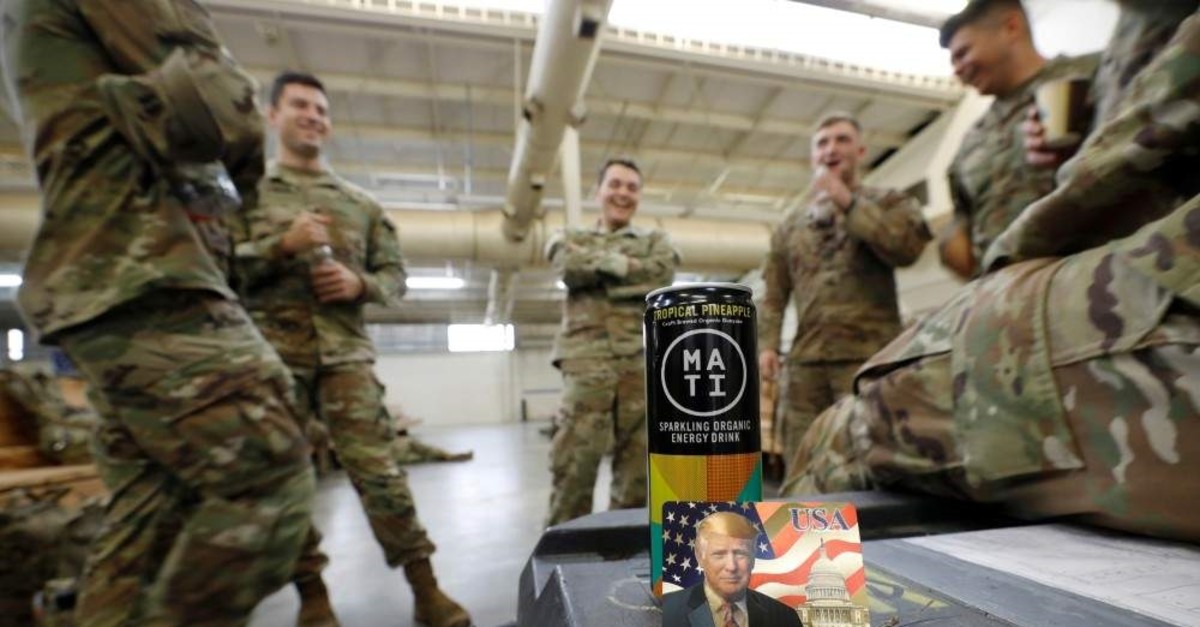 President Donald Trump warned Saturday that the U.S. is targeting 52 sites in Iran and will hit them "very fast and very hard" if the country attacks American personnel or assets.

In a saber-rattling tweet that defended Friday's U.S. drone strike assassination of a powerful Iranian general in Iraq, Trump said 52 represents the number of Americans held hostage in the U.S. embassy in Tehran for more than a year starting in late 1979.

Trump said some of these sites are "at a very high level & important to Iran & the Iranian culture, and those targets, and Iran itself, WILL BE HIT VERY FAST AND VERY HARD. The USA wants no more threats!"

Late Saturday night, the president tweeted again, this time warning Iran that the U.S. will hit Iran "harder than they have ever been hit before!"

Trump followed up with another tweet, saying the U.S. would use its "brand new beautiful" military equipment "without hesitation" if the Iranians retaliate.

Trump spoke out after pro-Iran factions ramped up pressure on US installations across Iraq with missiles and warnings to Iraqi troops -- part of an outburst of fury over the killing of Qasem Soleimani, described as the second-most-powerful man in Iran.

With Iran is promising revenge, his killing was the most dramatic escalation yet in spiraling tensions between Washington and Tehran and has prompted fears of a major conflagration in the Middle East.

In the first hints of possible retaliatory response, two mortar rounds hit an area near the U.S. embassy in Baghdad on Saturday, security sources told AFP.

The Iraqi military confirmed the missile attacks in Baghdad and on al-Balad and said there were no casualties. The U.S. military also said no coalition troops were hurt.

With Americans wondering fearfully if, how and where Iran will hit back for the assassination, the U.S. Department of Homeland Security issued a bulletin that said: "at this time there is no specific, credible threat against the homeland."

However, on Saturday the website of the Federal Depository Library Program, a little-known US government agency, was breached by a group claiming to be linked to Iran, who posted graphics displaying the Iranian flag and vowing revenge for Soleimani's death.

Separately, U.S. Speaker of the House Nancy Pelosi said in a statement that information given to Congress by Trump, a Republican, "prompts serious and urgent questions about the timing, manner and justification of" the strike.

"The Trump Administration's provocative, escalatory and disproportionate military engagement continues to put service members, diplomats and citizens of America and our allies in danger," said Pelosi, a Democrat.

Another prominent Democrat, Alexandria Ocasio-Cortez, called the president a "monster", for "threatening to target and kill innocent families, women and children."

While no one claimed Saturday's attacks in Baghdad, a hardline pro-Iran faction in Iraq's Hashed al-Shaabi military network shortly after urged Iraqis to move away from US forces by Sunday at 5:00 pm local time (1400 GMT).

The deadline would coincide with a parliament session that the Hashd has insisted should see a vote on the ouster of U.S. troops.

Washington has blamed the vehemently anti-American group for a series of rocket attacks in recent weeks targeting U.S. diplomats and troops stationed across Iraq.

Many fear the U.S. strike that killed Iran's military mastermind Soleimani would set off a wider conflict with Iran and have braced for more attacks.

"This is no longer a proxy war," said Erica Gaston, a non-resident fellow at the New America Foundation.

"What you have is America attacking an Iranian general directly, and groups are now openly fighting for Iran to avenge him. This is a direct war," she told AFP.

The US strike on Baghdad international airport early Friday killed a total of five Iranian Revolutionary Guards and five members of Iraq's Hashed.

Among the dead was Hashed's deputy head Abu Mahdi al-Muhandis, a top adviser and personal friend to Soleimani.

As head of the Guards' foreign operations arm, the Quds Force, Soleimani was a powerful figure domestically and oversaw Iran's wide-ranging interventions in regional power struggles.

Trump has said Soleimani was planning an "imminent" attack on U.S. personnel in Baghdad and should have been killed "many years ago."

Tens of thousands of Iraqis, including Prime Minister Adel Abdel Mahdi, political leaders and clerics attended a mass ceremony on Saturday to honor Soleimani and the other victims.

Tehran has slammed the strike as an "act of war" and Abdel Mahdi said it could bring "devastating" violence to Iraq.

The attacks on Saturday evening appeared to be precisely the reaction Iraqis had long feared: tit-for-tat strikes between the Hashd and the U.S. on Iraqi soil.

Earlier, the Hashed claimed a new strike hit their convoy north of Baghdad, with Iraqi state media blaming the U.S.

But the U.S.-led coalition denied involvement, telling AFP: "There was no American or coalition strike" on Saturday.