No schedule yet for US vote to limit Trump's war powers, Democrats say amid Iran tensions 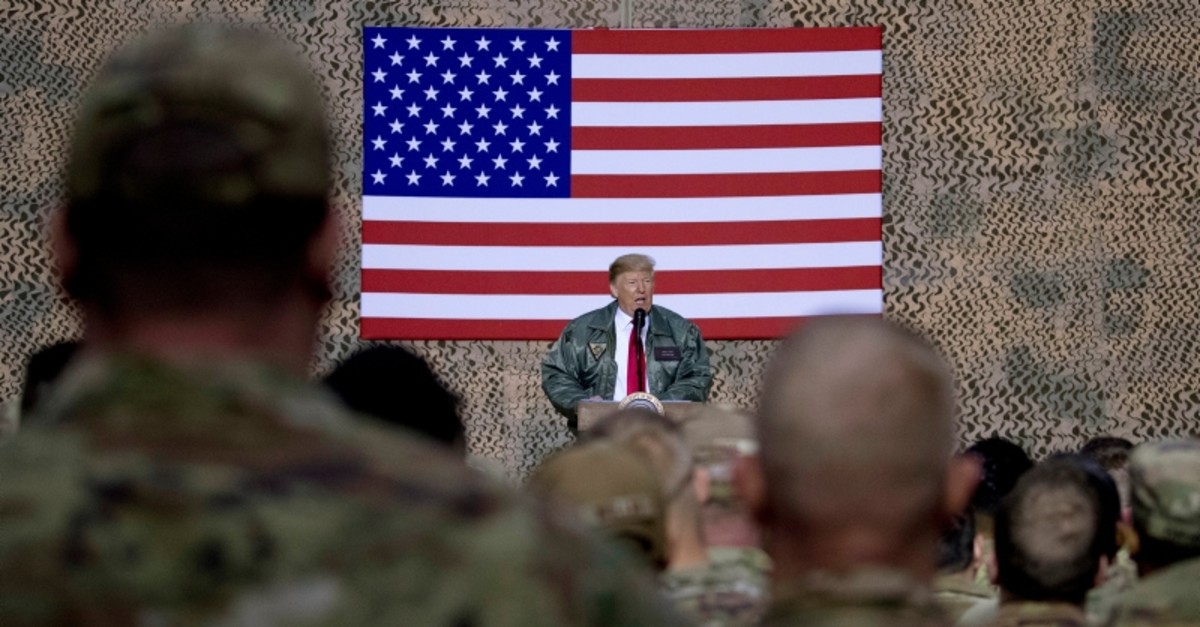 In this Dec. 26, 2018, file photo, President Donald Trump speaks to members of the military at a hangar rally at Ain al-Asad air base, Iraq. Iran struck back at the United States for the killing of a top Iranian general early Wednesday, Jan. 8, 2020
by Compiled from Wire Services Jan 08, 2020 8:16 pm

Senior U.S. House Democrats on Wednesday said there is no set schedule yet for voting on a war powers resolution that would limit President Donald Trump's actions regarding Iran and that legislation is still being drafted.

Lawmakers are seeking to put a check on Trump's power after he failed to inform Congress in advance of a U.S. drone strike that killed top Iran commander Qassem Soleimani last week.

His death marked a dramatic escalation in tensions between the U.S. and Iran, which have often been at a fever pitch since President Donald Trump chose in 2018 to unilaterally withdraw Washington from a 2015 nuclear pact that world powers struck with Tehran.