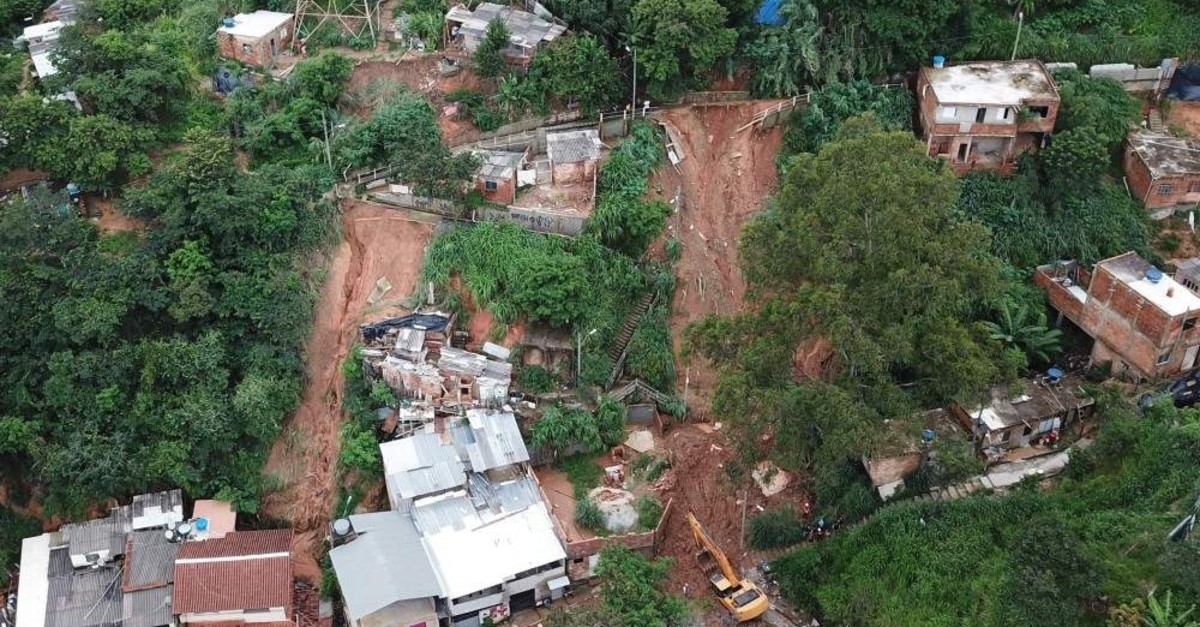 The death toll caused by record rainfall in southeastern Brazil jumped to 46 on Sunday and officials expressed alarm about continuing storms.
At least 37 had died in the state of Minas Gerais and nine more in neighboring Espirito Santo, according to local disaster officials, who said 28 people remained missing.
Some 20,000 people had been evacuated due to the threat of floods and landslides.
The capital of Minas Gerais state, Belo Horizonte, recorded 171 millimeters (6.7 inches) in one 24-hour period from Thursday to Friday, the highest rainfall in 110 years.
Television footage showed images of overflowing rivers, flooded neighborhoods, and trees and utility poles knocked over by the rushing water.
Several highways have also been cut by the flooding and scores of bridges have been knocked out.
Most of the victims were killed in landslides or buried in destroyed homes. At least two children were listed among the dead.
State Gov. Gustavo Zema declared a state of emergency in 47 cities, a measure meant to facilitate federal disaster aid.
He also decreed three days of official mourning for those killed in the floods and landslides.
Authorities in Espirito Santo said they were on "maximum alert" due to the forecast of more rain for Sunday.
In the city of Alegre, officials warned that a dam was in danger of breaking and urged people living below to evacuate.
Another 2,000 people were evacuated in the Rio de Janeiro state city of Itaperuna.
The deluge coincided with the first anniversary of the dam collapse in the Minas Gerais town of Brumadinho that killed 270 people. Eleven people are still listed as missing.
An accumulation of water and a lack of drainage caused the tailings dam to rupture on Jan. 25, 2019, according to a report commissioned by the mining firm Vale.