138 Salvadorans killed after US deportation highlights dangers faced by migrants 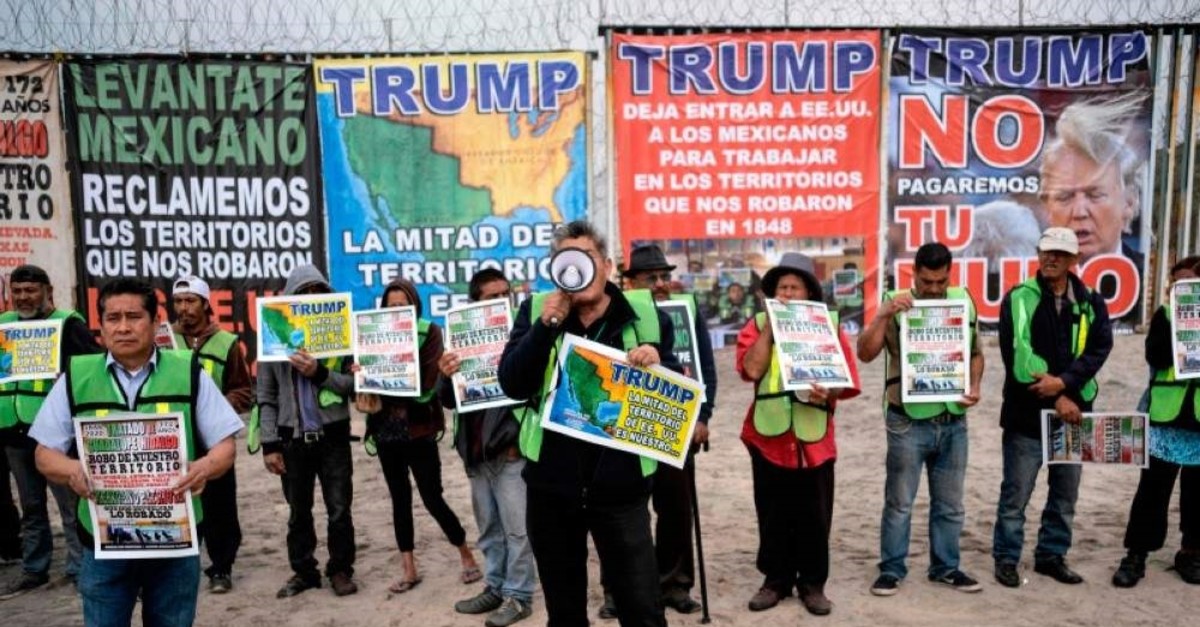 More than 130 Salvadorans have been killed after being deported from the United States since 2013, U.S.-based Human Rights Watch (HRW) said Wednesday, and it stressed the danger migrants face under the Trump administration's hardening immigration policy.

In a report titled "Deported to Danger," the group said it had documented 138 cases of Salvadorans who had been killed after deportation, but stressed the number was likely much higher as there are no official figures.

César Ríos, executive director of the Salvadoran Migration Institute, a non-governmental organization, said no one in the country tracks the deaths of deportees but that he found the data credible, saying it reflects the reality that many are moving back to communities in the grip of the gangs.

"We can say that deporting people to these areas is very difficult and dangerous," Rios said.

A majority of the deaths documented by HRW in the report being released Wednesday occurred less than a year after the deportees returned to El Salvador, and some within days.

HRW also found more than 70 cases of deported Salvadorans who suffered sexual violence, torture or other harm, or who disappeared.

President Donald Trump has toughened U.S. immigration policy to make it difficult for Central Americans to seek asylum, forcing thousands to wait in Mexico as their cases are decided. The issue promises to be a cornerstone of his reelection campaign.

"As asylum and immigration policies tighten in the United States and dire security problems continue in El Salvador, the U.S. is repeatedly violating its obligations to protect Salvadorans from return to serious risk of harm," HRW wrote.

The report placed blame on Salvadoran gangs for targeting deportees and the Salvadoran government for failing to protect them. It accused the United States of "putting Salvadorans in harm's way in circumstances where it knows or should know that harm is likely."

The violence underscores the risk faced by people forced to return by U.S. law that mandates deportation of non-citizens convicted of a range of crimes and Trump administration policies that discourage asylum seekers, said Alison Leal Parker, the group's U.S. managing director.

"Our concern is that many of these people are facing a death sentence," Leal Parker said.

The U.S. Department of Homeland Security did not immediately respond to a request for comment.

In the report, HRW said it established a connection in many cases between the reasons Salvadorans had fled their country and the ultimate causes of their deaths.

The report cites the case of Camila Diaz Cordova, a 29-year-old transgender person who applied for asylum in the United States in August 2017 to escape death threats and extortion by multinational gang Barrio 18.

After her deportation in November 2017, she returned to sex work in San Salvador, the capital, where she was kidnapped and beaten to death by the police, according to a close friend of Diaz Cordova and Salvador's attorney general.

"By losing her bid for asylum or refuge in the United States, or anywhere else, the risk she faced was exactly that: being killed," the friend of Diaz Cordova said in an interview.

Many other deported migrants say their lives are in danger back home.

Luis, 41, worked nearly two decades in California until he was deported in 2015 after failing to appear for an immigration hearing. Luis, who did not wish to use his full name due to fear of reprisals, found work as a bus driver on the outskirts of San Salvador but was perceived as an outsider and a threat by local gangs.

Gang members shot at him and a bullet struck the bus once, though Luis escaped unscathed.

"They said if they saw me again, they would take me out," Luis told Reuters. The threats have subsided since he began making payments to gangs to be able to drive through their territory, he said.

Between 2014-2018 the U.S. deported about 111,000 Salvadorans back to their homeland, which has long been in the grip of fierce gang violence.

The. U.N. reported last year that killings in El Salvador, a majority of them linked to gang conflict, have declined from a peak of more than 6,000 in 2015. But the country still has one of the highest homicide rates in the world.

Meanwhile, the number of Salvadorans seeking asylum in the United States grew by nearly 1,000% between 2012 and 2017, many citing threats from gangs. Only about 18% are granted asylum.
RELATED TOPICS