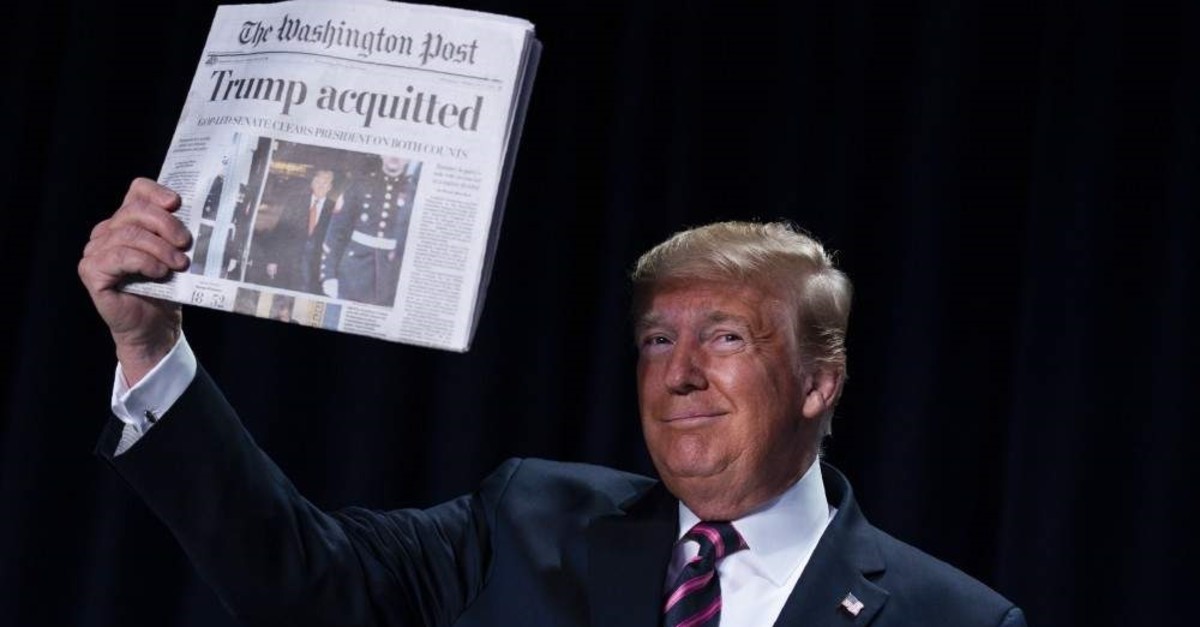 President Donald Trump unleashed his fury against those who tried to impeach him at a prayer breakfast Thursday, a day after his acquittal by the Senate.

"As everybody knows, my family, our great country and your president have been put through a terrible ordeal by some very dishonest and corrupt people," Trump said at the annual National Prayer Breakfast in Washington. He spoke from a stage where he was joined by congressional leaders, including Democratic House Speaker Nancy Pelosi, who led the impeachment charge against him.

"They have done everything possible to destroy us and by so doing very badly hurt our nation," said Trump, who triumphantly held up copies of two newspapers with huge "ACQUITTED!" headlines as he took the stage.

It was a whiplash message in contrast to the speakers who came before him, including keynote speaker and Harvard professor Arthur Brooks, who had described a "crisis of contempt and polarization" in the nation and urged those gathered to "love your enemies."

"I don't know if I agree with you," Trump said, and then he proceeded to demonstrate it.

"I don't like people who use their faith as justification for doing what they know is wrong," he said in an apparent reference to Utah Sen. Mitt Romney, a longtime Trump critic who was the only Republican to vote for Trump's removal.

"Nor do I like people who say 'I pray for you' when you know that is not so,'" he said, in a reference to Pelosi.

His comments, including his usual campaign litany of economic boasting, was a clear sign that the post-impeachment Trump is emboldened like never before as he barrels ahead in his reelection fight with a united Republican Party behind him.