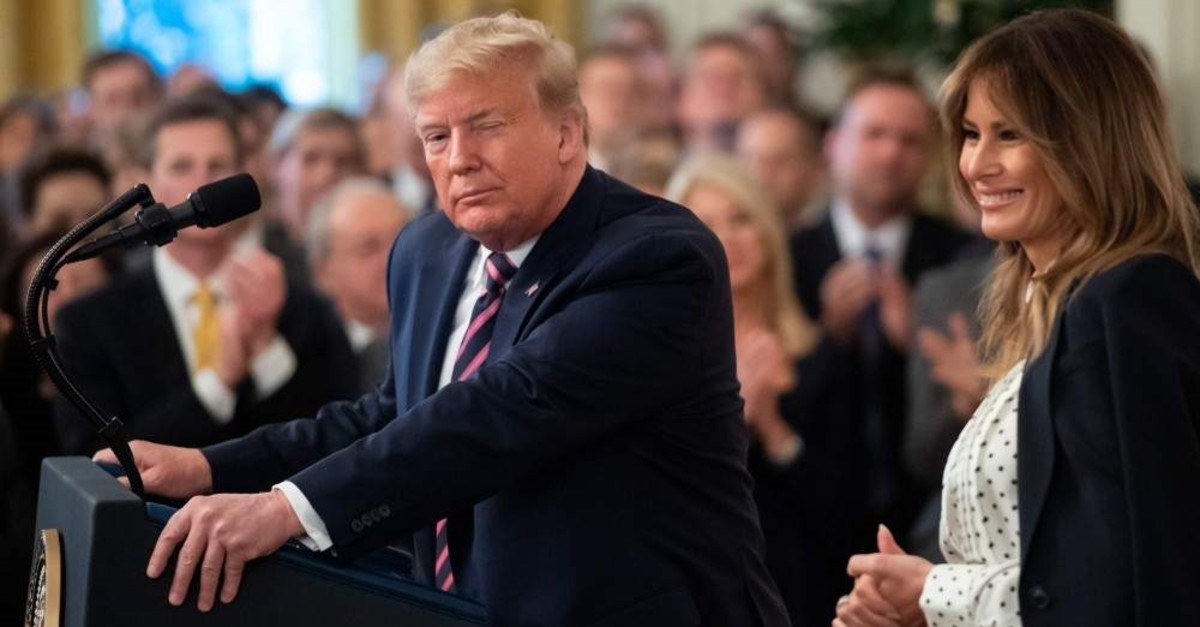 U.S. President Donald Trump is eyeing a series of staff changes days after securing an acquittal in his impeachment trial, including ousting a national security official who testified against him and replacing his acting chief of staff, a source familiar with the situation and media reports said Friday.

Trump emerged victorious this week with a near party-line vote in the Senate, controlled by his fellow Republicans who rejected abuse of power and obstruction of justice charges from the Democratic-controlled House of Representatives.

But the president, whose term has been clouded by a series of investigations – first into Russian interference in the 2016 election and then the impeachment inquiry over his handling of Ukraine – has said he is still bitter about the ordeal as he turns his attention to the Nov. 3 presidential election.

The Washington Post, which also reported Vindman's possible move, said Trump has also discussed removing other national security officials who cooperated with House Democrats' investigations, though no final decisions have been made, citing unnamed people familiar with his comments.

Another senior White House aide who testified over impeachment, Jennifer Williams, left earlier this week for a post at the U.S. Central Command, according to Bloomberg News.

Trump has cast both Vindman and Williams as "Never Trumpers" who oppose him.

CNN reported Trump was weighing a permanent chief of staff to replace his acting aide Mick Mulvaney, who was a central figure in the impeachment inquiry over Trump's efforts to pressure ally Ukraine to investigate Democrats and withhold military aid for Kyiv.

White House deputy press secretary Judd Deere, asked about the reports, confirmed his statement to CNN. "We have no personnel announcements at this time," he said.

In two speeches Thursday, Trump took aim at House Speaker Nancy Pelosi and her fellow House Democrats as well as Republican Senator Mitt Romney, the party's 2012 presidential nominee and the only Republican senator to back an impeachment charge.

"So many people have been hurt, and we can't let that go on," Trump told the typically bipartisan National Prayer Breakfast, attended by Pelosi. "When they impeach you for nothing, then you're supposed to like them, it's not easy, folks," he said.

At a White House celebratory event with his legal team and congressional supporters, Trump on Thursday also called out former FBI Director James Comey, House Democrats' lead impeachment manager Adam Schiff and his 2016 Democratic rival Hillary Clinton, though he stopped short of announcing any specific actions to be taken against anyone.

White House spokeswoman Stephanie Grisham had told Fox News that Trump was considering "just how horribly he was treated and that maybe people should pay for that."

Separately, two Trump aides brought in to the White House to help with the impeachment proceedings, Tony Sayegh and Pam Bondi, were leaving following the Senate's acquittal on Wednesday.