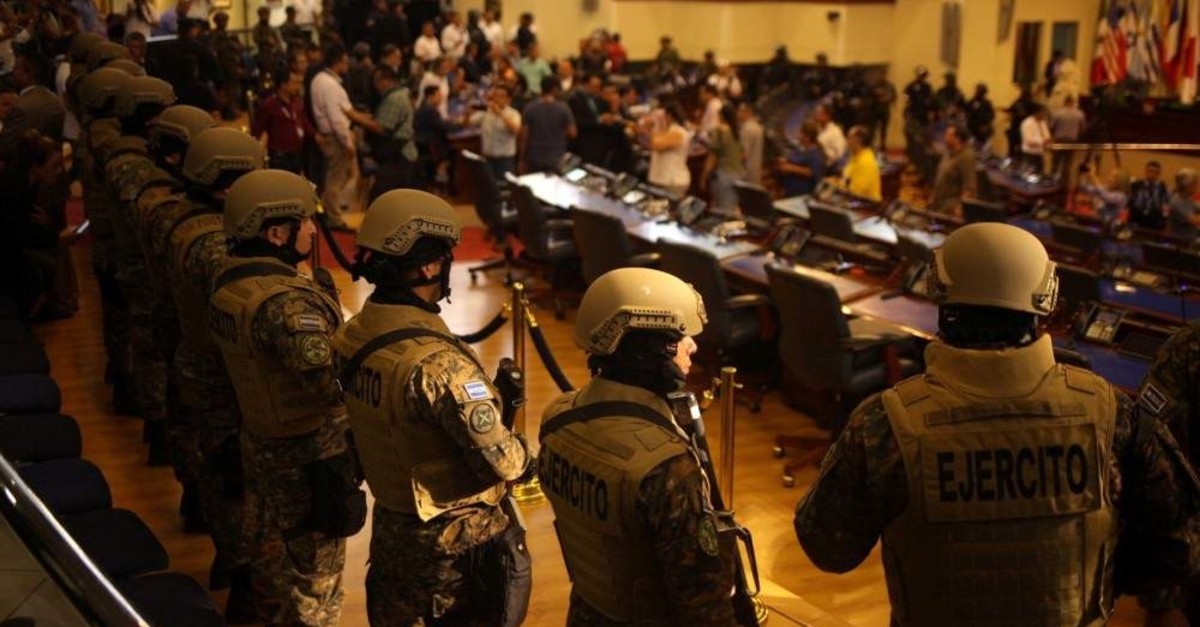 President Nayib Bukele and a group of soldiers armed with automatic weapons briefly occupied El Salvador's Congress on Sunday, stepping up a pressure campaign to force lawmakers to back a crime-fighting plan.

President Bukele called an extraordinary weekend session of parliament to ask it approve a loan that has pitted the executive against lawmakers in a country with one of the world's highest murder rates.

Before his entry, armed police and soldiers with rifles and wearing body armor entered the chamber and stood guard, a move not seen since the end of the country's civil war in 1992.

"If these good-for-nothings [lawmakers] do not approve the Territorial Control Plan this week we will call them to hold a session again next Sunday," Bukele said in a speech to supporters outside the parliament.

Bukele, who took office last June, has pledged to tackle gang violence and intends using the loan to better equip the military and police, but lawmakers refused to sit for an extra session over the weekend to debate the issue. Bukele also called on supporters to gather outside parliament and help pressure the politicians. The president's move to pressure lawmakers was backed by defense minister René Merino Monroy and police director Mauricio Arriaza Chicas. However, El Salvadoran think-tank FUSADES said there were no grounds for the executive branch to call such a session since Congress was functioning normally.

"When officials break the constitutional order, the Salvadoran people have the right to insurrection to remove those officials," Bukele said.

The presence of troops prompted international cries of concern, amid warnings over a looming constitutional crisis. Amnesty International said in a statement posted on Twitter that the military presence "could mark the beginning of a dangerous route for institutions and human rights in the country." El Salvador is one of the world's most dangerous nations, excluding those enduring an armed conflict, with an average of 35.6 homicides per 100,000 people last year.