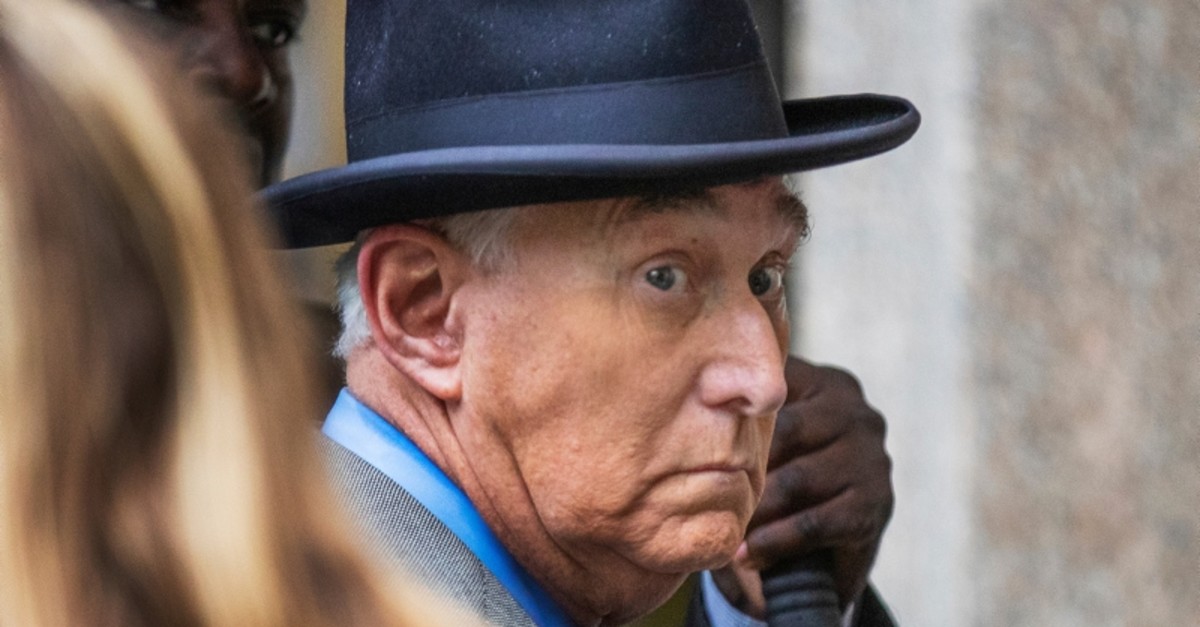 In this Nov. 12, 2019 file photo, Roger Stone, a longtime Republican provocateur and former confidant of President Donald Trump, waits in line at the federal court in Washington (AP Photo)
by Compiled from Wire Services Feb 13, 2020 12:49 am

U.S. President Donald Trump on Wednesday declined to say whether he is considering pardoning longtime adviser Roger Stone, who was found guilty last year of lying to Congress, obstruction and witness tampering. Meanwhile, a federal judge rejected a request by Stone for a new trial, according to a court filing, a day after the Justice Department's reversal over sentencing prompted prosecutors to resign from the case.

Speaking to reporters at the White House, Trump thanked the Justice Department officials for stepping in to retract a recommendation from frontline prosecutors that Stone should face up to nine years in prison, saying the Republican operative had been treated very badly.

In a Feb. 5 order, U.S. District Court Judge Amy Berman Jackson said the Republican operative's lawyers had "not presented grounds for a new trial... or any reason to believe there has been 'a serious miscarriage of justice.'"