Sanders the favored candidate to face Trump in 2020 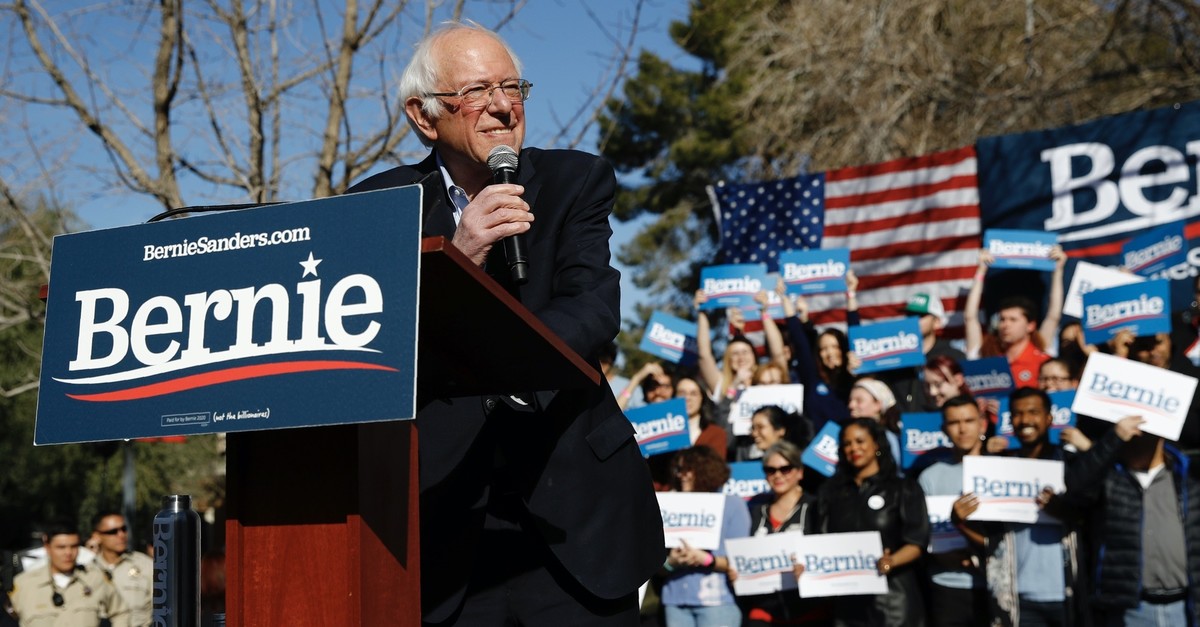 Senator Bernie Sanders has taken the lead with 32% of Democrat voters indicating they would vote for him to face U.S. President Donald Trump in the 2020 presidential race, according to a poll released Wednesday.

The senator from the state of Vermont is now the clear front-runner for the Democratic Party's nomination after winning the New Hampshire primary last week.

Sanders jumped eight points among Democrat and Democrat-leaning Independent voters since late January, while early front-runner, former U.S. Vice President Joe Biden, has fallen in the polls and stands at 17% – down 11 points to his lowest of the campaign, according to the latest ABC News/Washington Post poll.

Former New York City Mayor Michael Bloomberg, who takes the debate stage tonight for the first time in the state of Nevada, is up six points standing at 14%. Bloomberg was not on the ballot in the first polls in the Iowa caucuses and New Hampshire primary.

By contrast, there's been little if any movement for Pete Buttigieg, a strong finisher in both early contests; Amy Klobuchar, third in New Hampshire; or Elizabeth Warren, who fell short in both.

Buttigieg and Sanders claimed victory in Iowa in a vote that was plagued with errors and counting inaccuracies.

According to another poll released Tuesday by Reuters/Ipsos, 25% of registered Democrats and Independents said they would vote for Sanders. Bloomberg was backed by 17%, while Biden received 13%.

Buttigieg has 11% support and 9% backed Warren.