More than 100 members of 'Eğitim-İş' Union detained in Ankara 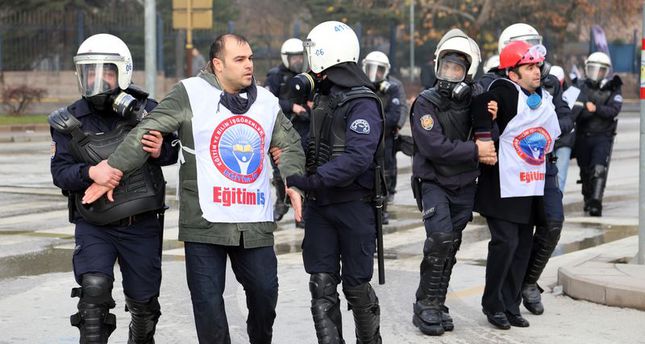 More than 100 members of the Education and Science Workers' Union ('Eğitim ve Bilim İşgörenleri Sendikası' in Turkish), better known with its abbreviation Eğitim-İş, have been detained in Ankara, when the group wanted to pedestrianize one of the busiest streets of the city.

The police asked the group to stop their illegal march protest, and when the group ignored the police's warnings, they were stopped with tear gas and water cannon vehicle called TOMA. Over 100 members of the Union, including its president Veli Demir, were detained.

The group's request was to march from the city's busy district of Tandoğan to Kızılay, for "Secularism in education and respect for labor."