Turkey: Hacettepe University turns to China over shortage of cadavers 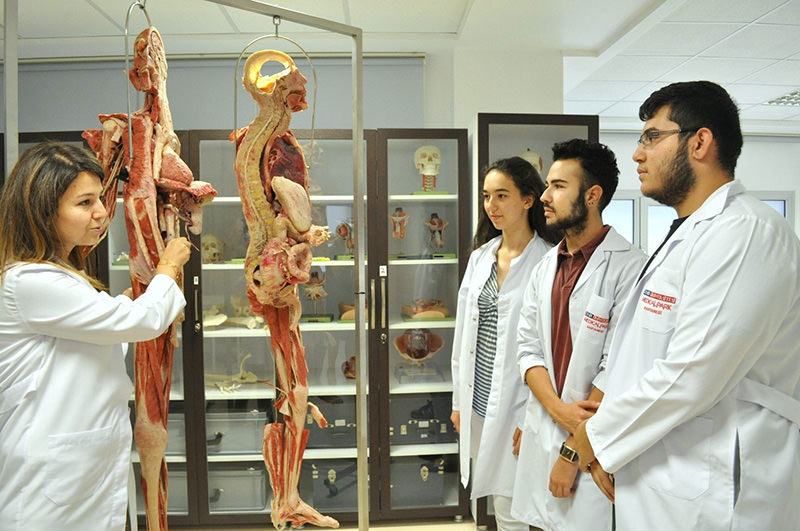 by Daily Sabah with AA Apr 28, 2015 12:00 am
An acute shortage of cadavers at medical schools in Turkey has forced universities to import this essential item for medical students. China, a leading importer to Turkey of everything from umbrellas to motorcycles, may offer a solution.

Hacettepe University in Ankara, home to a prestigious Faculty of Medicine, is considering importing cadavers from China for this indispensable tool in training of would-be doctors.

Abdurrahman Güngör, director of Hacettepe's university research park, told Anadolu Agency it would be a win-win for the university and China. "We will help them in developing robotic surgery simulation centers and they will supply us with cadavers for lower prices," he said. Güngör said one cadaver is sold for $15,000 and universities in Turkey had difficulty in acquiring the cadavers.

"Hacettepe University is a leading school on medical education in Turkey. Students get to know every aspect of medicine. They have to dissect the bodies, to be able to examine the live tissue [instead of plastic ones]," Güngör said.

He said every classroom had one cadaver at medical schools in China while it is not the case in Turkey. "Here, one school has two cadavers and students sometimes are not even able to touch the body," Güngör said.

The cadaver shortage is attributed to a lack of donations, a common problem faced by medical schools around the globe as families of the deceased often shy away from donating bodies to schools, out of cultural and religious concerns. The shortage in the world is further aggravated due to a growing demand not only from medical schools but also pharmaceutical companies. Finding the perfect cadaver for training purposes, a cadaver without a disease, obesity and disability, also poses a challenge as cadavers up for donation are often not up for the task.

Medical schools in Turkey also complain that judiciary officials often order the burial of unclaimed bodies, a main source for cadavers, instead of handing them to the schools.

Several universities in Turkey have launched campaigns, urging the public to donate cadavers, in recent years.

Turkey last year passed a law that allowed the importing of cadavers although regulations remain murky, complicating the importing process. Hacettepe University was among the first institutions to import cadavers after the law passed, acquiring six cadavers from the United States.

The country has 86 medical schools but many suffer from a shortage of cadavers. Some students even complete their studies without dissecting a cadaver or working on plastic models.
Last Update: Apr 28, 2015 11:23 pm
RELATED TOPICS