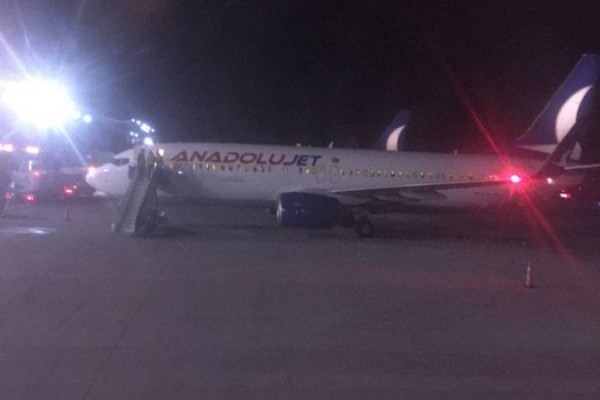 by Daily Sabah May 19, 2015 12:00 am
Planes due to land in Esenboğa airport could not because of harsh weather situation in Ankara late on Monday.

Announcements were made on board telling the passengers that the planes would perform forced landings in other airports nearby.

Planes that took off from several cities of Turkey have been diverted to Kayseri Erkilet airport because of the weather in Ankara.

The passengers are still waiting for departure on board in Kayseri Erkilet airport, according to the media sources.
Last Update: May 19, 2015 3:05 am
RELATED TOPICS