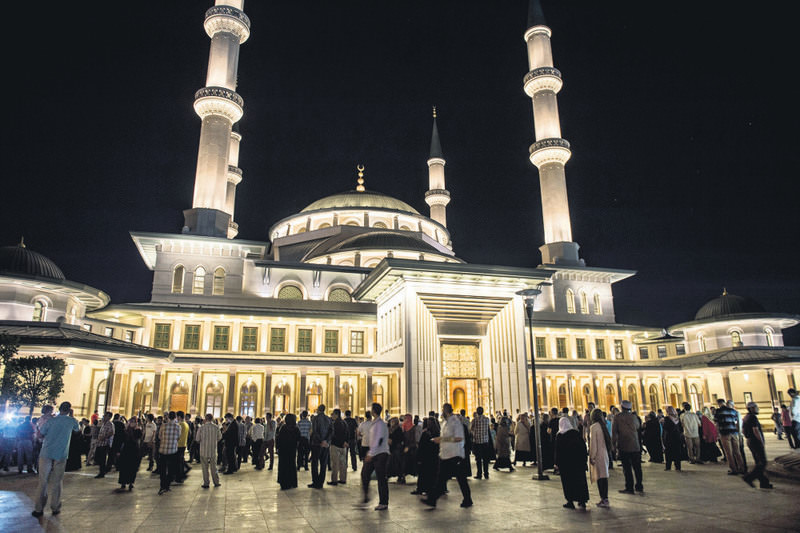 by Daily Sabah Jul 09, 2015 12:00 am
A new mosque opened at the Presidential Palace in the capital city of Ankara is attracting great interest among Muslims who fill the new structure every day.

The mosque is especially crowded at night, as the faithful converge for tarawih - prayers exclusively performed in the Islamic holy month of Ramadan. Men and women of all ages flock to the splendid mosque every night despite its relatively far location from central Ankara. The mosque has a capacity of 3,000 people and is an example of distinct architecture, a combination of Ottoman and Seljuk styles like the Presidential Palace itself.

The visitors are offered free lokma, a traditional dessert, outside the mosque ahead of prayers.

Located on a site covering more than 5,000 square meters, the Beştepe People's Mosque is a landmark site as it is the first place of prayer opened to the public in a Turkish presidential compound.

The mosque has four 60 meter-high minarets and is one of the largest mosques in Ankara. It has three floors, including a basement and a second floor exclusively for female worshippers.
Last Update: Jul 09, 2015 10:21 pm
RELATED TOPICS