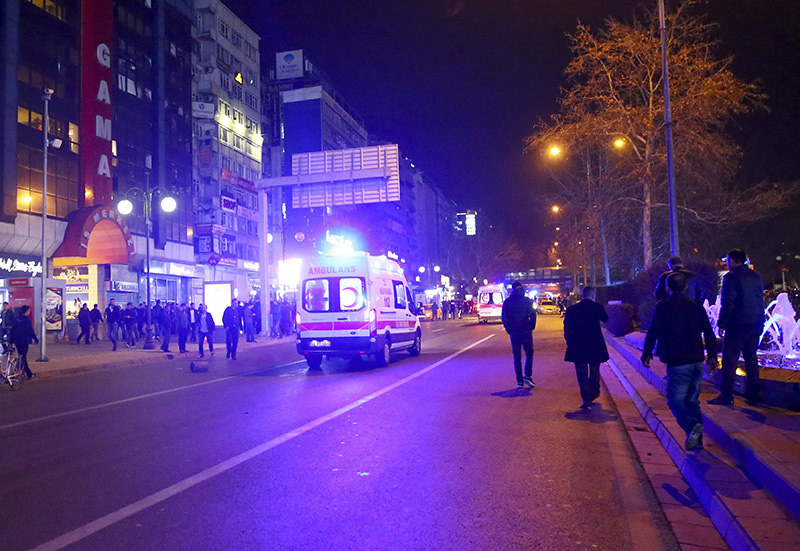 A victim who had escaped the blast scene after the terrorist attack in capital Ankara was found wounded in the nearby Justice Ministry's garden on Monday morning.

The 22-year-old victim Hasan G. reportedly ran away during the explosion but fainted. The man was found by the ministry workers in the morning when they arrived for their shifts, who called for the emergency services.

The man was transported to the hospital where he underwent surgery related to his wounds. Hasan G.'s condition is reportedly not life threatening. The man who escorted Hasan G. to the hospital said that the 22-year-old Middle East Technical University student was surprised that he survived the attack.

On Monday, Turkish security officials reportedly told Reuters that a female member of the PKK terrorist organization was one of two suspected perpetrators of the Ankara attack.

Evidence has been obtained that one of the bombers (named Seher Çağla Demir) was a female member of the PKK who joined the militant group in 2013, the security officials reportedly said. She was born in 1992 and was from the eastern Turkish city of Kars, they said.