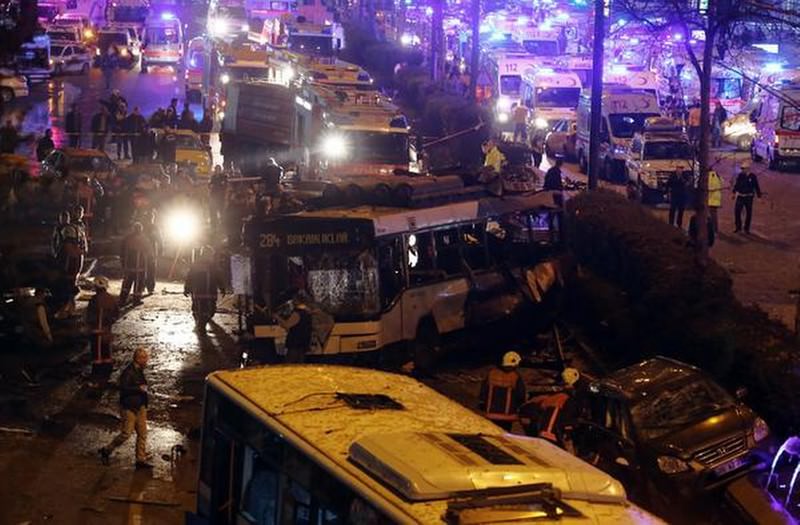 The explosion that killed 37 people in Ankara on Sunday was caused by a 300 kilogram (660 pound) bomb consisting of a mix of RDX, TNT and ammonium nitrate, a security source said Wednesday.

Both RDX and TNT have military and industrial applications while ammonium nitrate is an explosive compound that mainly used as a fertilizer but is often added to homemade bombs.

The source, who spoke to Anadolu Agency on condition of anonymity due to restrictions on speaking to the media, said the composition and scale of the bomb was similar to the device used in an attack on military buses in Ankara on Feb. 17 that killed 29.

PKK terrorist Seher Çağla Demir, 24, has been identified as the bomber by the Turkish authorities, who are also investigating the possibility there was another terrorist in the car.