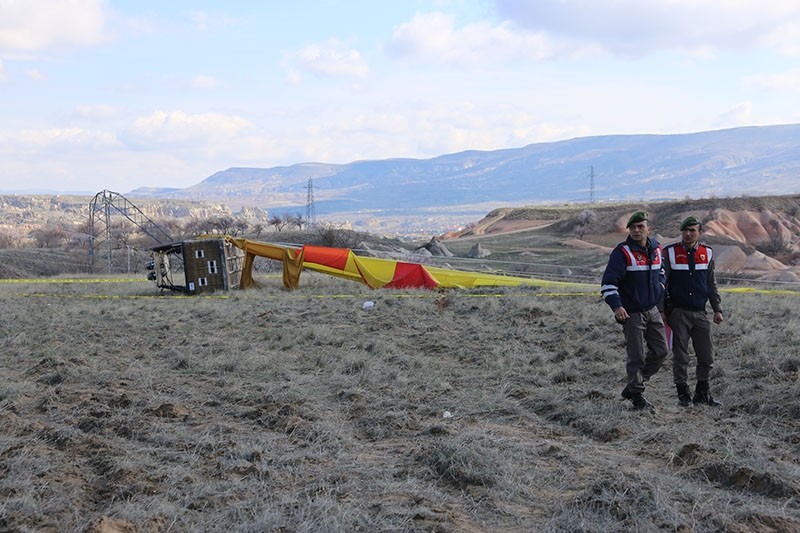 Nevşehir Governor İlhami Aktaş said 81 hot air balloons lifted off Sunday in Turkey's Cappadocia region to give tourists a scenic view of the historic site. One balloon with 20 passengers hit the electric line during its descent.

"One French citizen died and six of our citizens were wounded in the event," he said in a statement, adding that none of those hurt suffered life-threatening injuries.

The identity of deceased was revealed as Vincent Fabien Christophe Caumontat Toujat, who was the deputy-consul general of France in Istanbul.

Colombian basketball player Juan Palacios, who plays center for Bursa-based club Tofaş in the Turkish Basketball Super League, was among the people on board. Palacios escaped the incident unharmed, whereas his girlfriend suffered minor injuries.

Hot air balloon tours were suspended Wednesday due to bad weather and resumed Saturday with the permission of the civil aviation authorities, according to Anadolu.

Cappadocia is a popular tourist destination, known for its volcanic rock-formations, underground cities and churches carved into mountainsides.

The region has seen several hot air balloon accidents recently. A Danish tourist was killed in Cappadocia in February when a balloon made a hard landing, and in March, 49 people were injured when three balloons made hard landings amid strong winds.