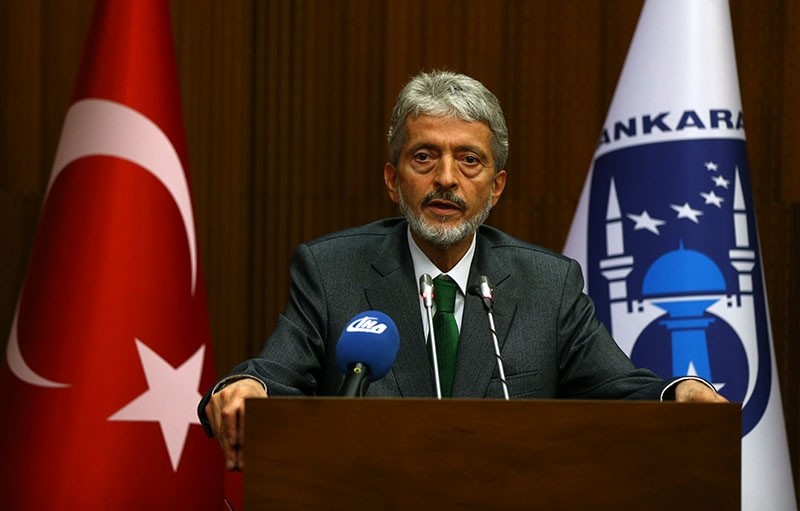 Tuna received 104 out of 136 votes in the council voting to decide the successor of Gökçek, who held the post for 23 years before resigning on Oct. 28. The main opposition Republican People's Party (CHP) did not nominate any candidate.

Speaking after his election Tuna said: "I believe I will always have your support with me. I will try to be worthy of your trust."

A civil engineer by profession, Tuna is known for his work on water treatment.

In a landmark speech this summer, President Recep Tayyip Erdoğan said that there was "metal fatigue" within the AK Party and took up the task of rejuvenating it ahead of three crucial elections in 2019: local elections, parliamentary elections and presidential elections.

Speaking ahead of the election, Kaya said the party had started a process of change, and it was not about a certain mayor or municipality.

"This is something the public wanted us to go through. The party's senior cadres assessed this request and took the necessary steps," Kaya said.

Following the mayors of Istanbul, Bursa, Niğde and Düzce, Gökçek was the fifth AK Party mayor who resigned from the post, who was followed by the mayor of Balıkesir.

Gökçek took the Ankara's mayoral office on March 27, 1994, and served in the post for 23 years. He was first elected in the 1994 local elections, which also saw Erdoğan's election as the mayor of Istanbul.

The former Ankara mayor was known for his penchant for Twitter, where he has frequently tweeted about everything from municipal work to conspiracy theories.

Although Gökçek is credited with the redevelopment of the capital, he has faced criticism for the unsightly statues of robots and dinosaurs erected across the city to promote a new theme park.

In the 15 years it has been in power, the AK Party has seen a number of changes to its ruling cadre before and after the multiple elections it has won, but this is the first time that a significant number of mayors have offered their resignations in such a short period of time.