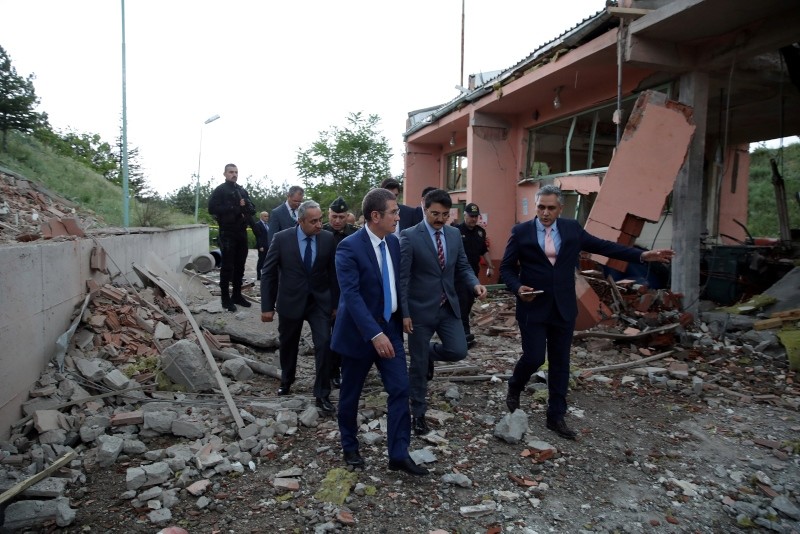 National Defense Minister Nurettin Canikli visits the scene of explosion at a gunpowder factory in Elmadau011f district of capitak Ankara, May 25, 2018. (AA Photo)
by daily sabah May 24, 2018 12:00 am

The incident took place at the factory's fuel handling center after fuel inside the vats got jammed and exploded, Anadolu Agency reported.

Factory worker Emre Özcan (33) and four others who were injured in the explosion were transferred to the hospital, but Özcan succumbed to his injuries.