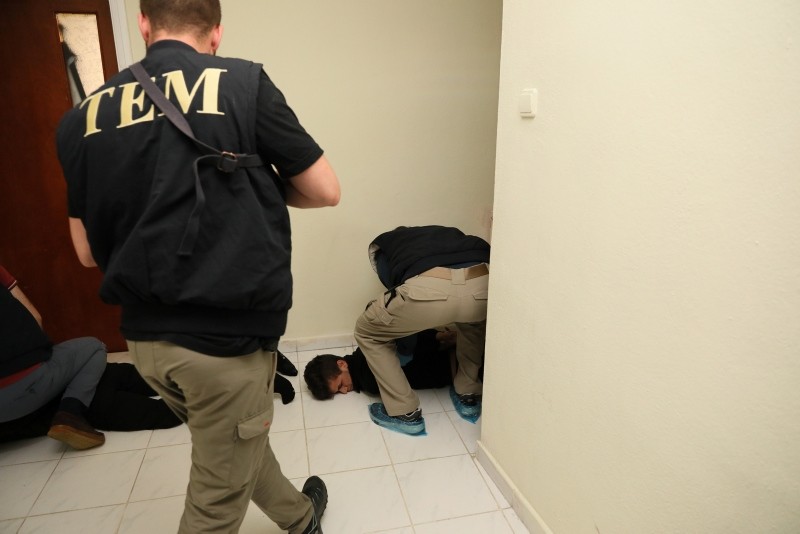 Police on Friday detained 20 Daesh members in the capital Ankara and the Mediterranean city of Mersin. Suspects are accused of plotting terror attacks ahead of the June 24 elections.

In Ankara, counterterrorism police stormed residences of suspects, all foreigners, early Friday. Nationalities of suspects were not clear, while media outlets reported digital propaganda material was also found in possession of suspects.

In Mersin, the Chief Prosecutor's Office said six were detained as they were "suspected of directing possible attacks ahead of the presidential and general elections."

Security measures are being escalated across Turkey ahead of the elections that will mark the first time the executive presidency model will be adopted. Turkey already faces multiple terror threats, as it is the target of terrorist groups PKK and Daesh. Yet, year-round counterterrorism operations almost completely ended terror attacks targeting civilians last year and this year.

Daesh started targeting Turkey in 2013 and targeted rallies, a main airport in Istanbul, a popular nightclub and other venues where terrorists killed scores of people. Embattled by counterterrorism operations in Syria and Iraq, the terrorist group sees its numbers further dwindling with heightened crackdowns in Turkey. In the past seven months, security forces detained more than 5,400 suspects and arrested more than 900 others in operations, while another 146 Daesh militants were "neutralized" in the same period. Since November 2017, Turkey has stopped more than 5,040 foreigners seeking to join Daesh by crossing into Syria and Iraq through Turkey and sent them back to their countries of origin. Security forces also foiled 10 attack plots. Figures show some 18,500 suspects were monitored for links to the terrorist group at airports upon their arrival.