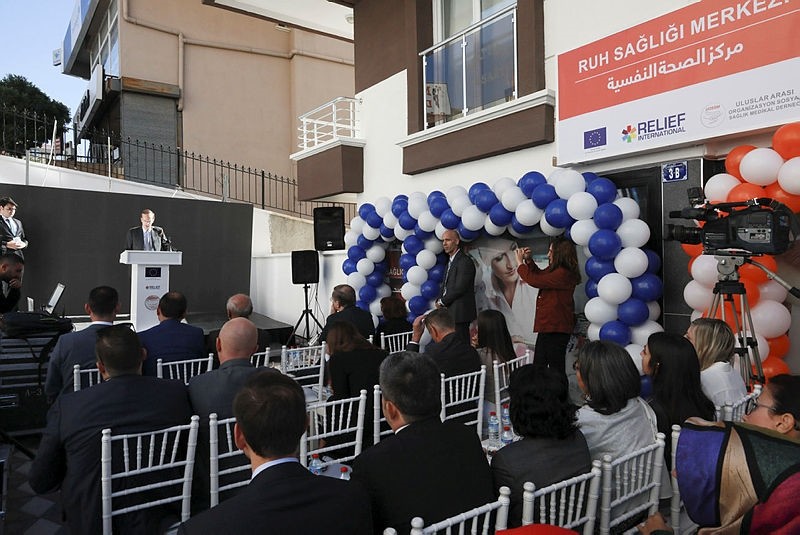 A new mental health center for refugees opened in Ankara on Thursday.

The center was opened by the nonprofit Relief International with funding from the European Union and will be run by the Union of Medical Care and Relief Organizations (UOSSM). It will primarily serve Syrian refugees who are experiencing mental health disorders.

Speaking at the opening ceremony, EU Ambassador to Ankara Christian Berger noted that there are around 3.5 million refugees in Turkey, voicing gratitude for Turkey's efforts on the issue.

Berger said 20 percent of these people have experienced mental disorders like anxiety and depression, and the health center will strengthen resilience among Syrian refugees. He added that they are thankful and appreciate Turkey providing services to Syrian refugees.

Also speaking at the ceremony, French Ambassador to Ankara Charles Fries said the center would provide an extraordinary example of solidarity among refugees living in Ankara.

Around 800 people are expected to benefit from the center through February 2019 and will be served by the center's mental health specialists, including psychiatrists, psychologists and counselors.

The project contributes to building a more resilient refugee community in Turkey by improving their mental well-being and at the same time reducing the burden on the Turkish health care system.

Relief International's existing mental health center in Gaziantep – in the southeast, near the Syrian border – also funded by the European Union, serves patients with a wide range of disorders, including anxiety, psychosis, depression and post-traumatic stress disorder. A third mental health center for refugees is to be opened in Istanbul.