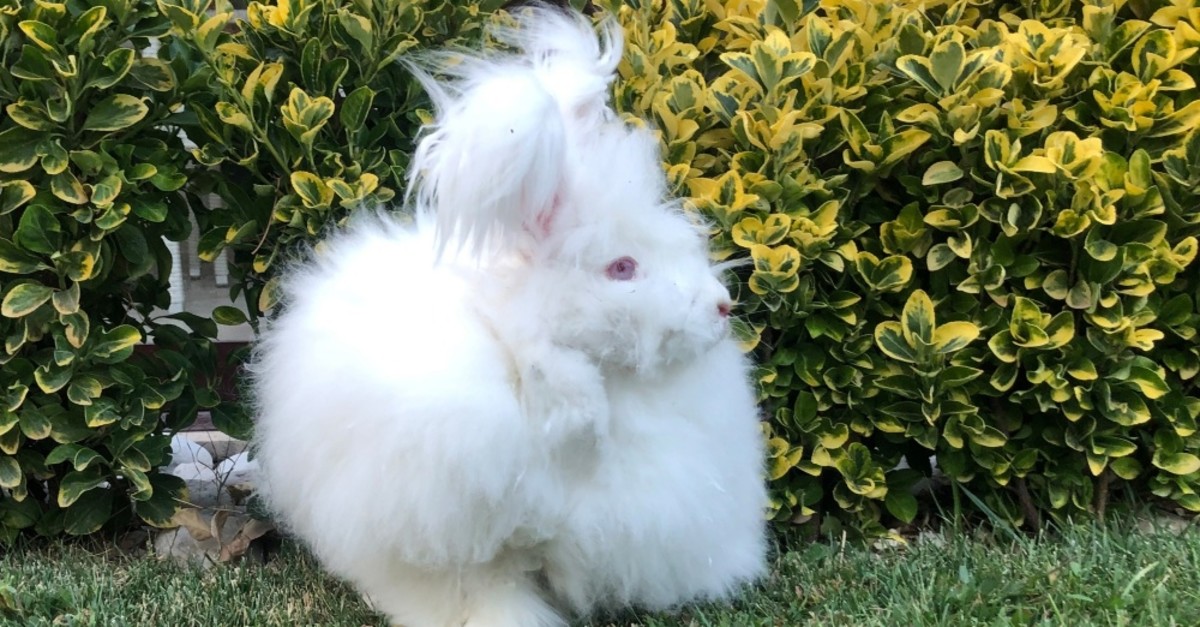 It has been almost two decades since the Angora rabbit slowly vanished from farms in Turkey, its place of origin. Some 400 kilometers west of the capital Ankara, where it was once endemic, a breeder in the western city of Bursa plans a comeback for the furry creature. Mehmet Şahin, an amateur breeder who imports and sells the rabbits, currently owns eight and wants to mate them and revive the industry.

The Angora rabbit is nearing extinction in Turkey but its long hair and feline features make it distinguished among fellow species. Its wool is quite popular in textiles and even used in astronaut space suits. It can grow hair up to 40 centimeters and the hair was being used in local industries as well but when companies and farms raising rabbits and processing its hair shut down in the early 2000s, Turkey turned to imports. Professor Mustafa Tayar from the Veterinary Faculty of Uludağ University, says the Angora rabbit, like the cats and goats bearing the name of the capital, was endemic to Ankara but Turkey "unfortunately lost this valuable source of genes."

"It is now a species not being bred as it was not economically viable in the past and there wasn't facilities to properly process the wool derived from the rabbit. Currently, China and South Korea lead the market in Angora rabbit breeding and its wool is a valuable economic asset. It is perfect material for textile for keeping the heat. Its organic component and anti-allergic features also make it suitable for textiles produced for newborns," he says. Tayar says the rabbit is imported for high prices due to lack of domestic breeding though the animal was "easy to take care of." "You can breed it like chickens and they do not need a strict diet. It generates nearly 300 grams of wool yearly," he says.

Tahsin Işık from the Turkish Pet Federation says Angora rabbit breeding prevailed in many countries, from Romania to Russia and Germany and called upon amateur breeders to increase breeding. "It can be a new industry. We used to have one but due to the lack of a market and companies to process the wool, its breeding was largely confined to exports and once European countries stopped buying, the sector died down here. Breeders now have to pay about TL 6,000 for one import," he said.