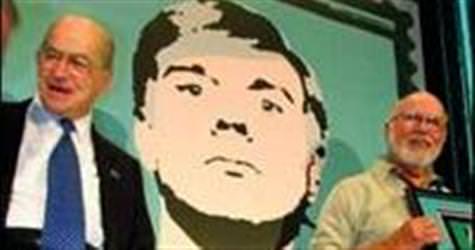 John Warhola, the older brother who helped raise pop art icon Andy Warhol and later helped establish the Andy Warhol Museum in their native Pittsburgh, has died. He was 85.

Warhola died on Christmas Eve after battling pneumonia at Allegheny General Hospital in Pittsburgh, according to his son, Donald Warhola. The hospital is just a few blocks from the museum. Warhola lived in nearby New Sewickley.

He was one of three founding members of the Andy Warhol Foundation for the Visual Arts and was its vice president for 20 years. The foundation established the Andy Warhol Museum in Pittsburgh in 1994, seven years after the artist — whose given name was Andy Warhola — died at age 58 from complications following gall bladder surgery.

After their father Andrij Warhola died in 1942, John Warhola was tasked with raising his younger brother, Andy, and making sure he attended college. Their father had purchased enough savings bonds to pay for Andy's first two years of college, but told John the rest was up to him.

"My grandfather told my father, 'Your role is to take care of Andy and make sure he goes to school, because he's going to be successful someday,'" Donald Warhola told the Pittsburgh Post-Gazette.

Andy went on to attend the School of Fine Arts at what was then Carnegie Tech (now Carnegie Mellon University). Warhol was a successful commercial artist before becoming known for his pop art, ranging from silk screened images of celebrities such as Marilyn Monroe to detailed renderings of Campbell's Soup cans, and other avant-garde fare.

"He really trusted my father as a father figure," Donald Warhola told the Pittsburgh Tribune-Review, saying his father was "very diligent in his responsibilities" with the Warhol foundation.

"He was proud to be the vice president of the foundation, and he really took on the role of historian," Warhola said.