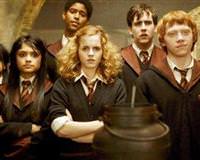 The brother of Harry Potter actress Afshan Azad was jailed on Friday for six months for attacking his sister after discovering she was dating a non-Muslim.

According to the Press Association, she was punched, dragged around by her hair and strangled by her brother Ashraf Azad, 28, who threatened to kill her after he found her talking on the phone to her Hindu boyfriend.

The assault occurred during a dispute at the family home in Longsight, Manchester, which also involved her mother and father. During the row she was branded a "slag" (slut) and a "prostitute" and told: "Marry a Muslim or you die!"

The actress, who now lives in London, had asked the court not to jail her older brother.

But judge Roger Thomas sent him to prison for six months after he pleaded guilty to the assault.

"This persistent attack was accompanied by serious and very hurtful abuse and threats," the judge told the defendant.

"The background to this offence lies in the concern that you, and perhaps other family members, had about Afshan's relationship with a young man who was not of the Islamic faith."

Azad appears in several of the Potter movies, including the Yule Ball scene in "Harry Potter and the Goblet of Fire" where she played Ron Weasley's somewhat reluctant date.