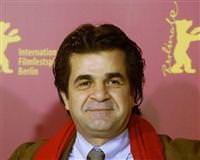 Istanbul Modern Cinema will be hosting a series of films by influential Iranian filmmaker Jafar Panahi on February 3rd and 10th.

Recipient of the 48th Cannes Film Festival Golden Camera award in 1995 for White Balloon, in 1998 Panahi was awarded the Golden Tulip in the 17th International Istanbul Film Festival for The Mirror and in 2000, he won the Golden Lion at the Venice Film Festival for The Circle. The program consists of five films from the multiple award-winning director, including the aforementioned and will show in the Istanbul Modern Museum's theater one week prior to the 61st Berlin Film Festival.
On December 20th 2010, Jafar Panahi was charged with working against the Iranian administration and handed a six-year jail sentence and a 20-year ban on filmmaking.