Sixth most romantic film is from Turkey 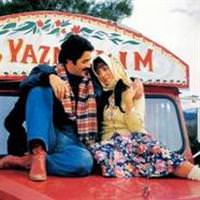 The popular "IMDB" (Internet Movie Database) internet website has included a number of Turkish films in their ‘Top List’ of favorite films throughout time.

The list, determined by IMDB members of five years or more included a number fo Turkish films in their list of world classics. Out of 250 films selected in 25 different categories, out of Turkish productions, Şener Şen's films stood out.
The 1976 production "Hababam Sınıfı Sınıfta Kaldı"(The Rascals' Class Misses Its Grades) was selected 14th in the 'Best Comedies' category with 5,805 votes. "Toy Story3" came in first itn his category. "Selvi Boylum Al Yazmalım" (The Girl with the Red Scarf), "Muhsin Bey" (Mr. Muhsin) and "Züğürt Ağa" (The Agha) were all amongst the top 60 films chosen for the "Best Drama" category. Starring Kadir İnanır and Türkan Şoray, the film "Selvi Boylum Al Yazmalım" also took sixth place in the "Most Romantic Films" category with 3,795 votes. Casablanca took the title in this category. The 1996 production "Eşkıya" (The Bandit) came in 40th in the "Action-Adventure" category with 11,787 votes. The Leonardo DiCaprio film "Inception" came in first.