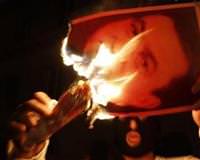 Egypt's decision on Sunday to close the offices of Al Jazeera illustrates the leading role the Arabic broadcaster has taken in reporting unprecedented popular revolts against Arab rulers.

Egypt has often harassed the Qatar-based channel since it started in 1996, setting off a revolution in Arab media in the face of state-controlled information, but it had never before tried to shut down its operations completely.

The channel led coverage of a Tunisian uprising that toppled Zine al-Abidine Ben Ali earlier this month, even though it was already banned from the North African country.

Then, sensing that Tunisia's example would set off copycat movements elsewhere, the channel charted mobilisation in Egypt that led to huge protests in the past week demanding the end of President Hosni Mubarak's rule.

"Al Jazeera saw the gravity of the situation (in Tunisia and Egypt)," said Shadi Hamid of Doha's Brookings Institute. "They saw it was going to be big before other people did and that it would stand as one of the historic moments in Arab history."

Arab governments have often closed the offices of the channel, which helped put tiny Gulf state Qatar on the map and boosted its status as a leader of regional diplomacy.

A major oil and gas power, Qatar employs vast resources to back the channel. This month it released a stack of secret documents revealing embarrassing Palestinian Authority concessions to Israel in peace talks.

A leaked U.S. diplomatic cable released by WikiLeaks in December said U.S. diplomats saw Al Jazeera as a "bargaining tool" used by Qatar in its foreign policy. Emad Gad of the Al Ahram Strategic and Political Studies Center said the effort to smother Al Jazeera was the last effort of a dying authoritarian system to control events in the traditional heavy-handed manner.

He cited a government move to block the Internet and mobile phone networks on Friday in an effort to stop people gathering.

"Is cutting the Internet or the mobile network in 2011 a solution? This is equivalent to that. It's the behavior of a dictatorial state breathing its last," Gad said.

Social media and mobile phone technology have also been cited as playing a major role in the street mobilisations of the past month, which touched Yemen and Jordan too.

STATE TV TRIES TO HIT BACK

Having ignored the protests for five days, Egyptian state TV has now focused on the disorder that erupted after security forces withdrew from streets on Friday rather than the protests.

On Sunday state TV -- which like other Arab official outlets has tried to modernise to keep up with the Qatari trend-setter -- sniped against the station saying only a handful of protesters were in central Cairo.

Yet, Al Jazeera continued to carry live images of crowds on Tahrir, using a still camera fixed above the square. It also has a live channel which Egypt tried to block on its Nilesat satellite last week.

"We should have taken steps before with this channel since it has caused more destruction than Israel for Egypt," governor of Minya province, Ahmed Diaeddin, raged on state TV. "I call for the trial of Al Jazeera correspondents as traitors."

"It's managers think they are creating a revolution, first in Tunisia, now in Egypt," he said.

As'ad AbuKhalil, a politics professor in the United States, wrote on his popular site that Egyptian and Saudi media were both trying to discredit the protest movement.

"House of Saud's propaganda is on over-drive. They are really trying hard to discredit the protests in Egypt," he said, citing a headline in Saudi-owned daily Asharq al-Awsat "Egypt mutilates itself."