Cage’s favorites were ‘menemen’ and ‘sucuk’ 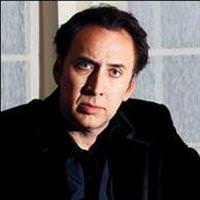 Şeref Karakan, the General Manager of Colossae Hotel where Nicolas Cage spent a majority of his time when he wasn't filming, states that the American actor and his family preferred to partake in Turkish cuisine during their stay.
According to Karakan, the star's favorites from a selection of traditional Turkish meals were 'menemen', an egg dish with tomatoes and peppers and the spicy Turkish sausage 'sucuk.'