Before you make any plans… 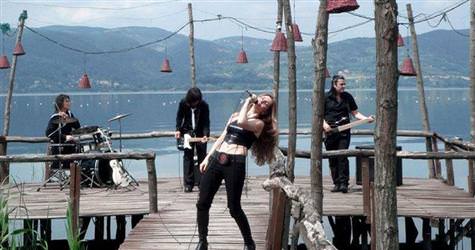 Concert
February 11th, 2011
Everything in 'Dub'
Easy Star All Stars, known for their reggae interpretations of songs from the likes of Pink Floyd and Radiohead, will be playing on February 11th at Saklıkent, Ankara. Their break out and latest album is entitled Dubber Side of the Moon. Date: February 11th Location: Saklıkent - Ankara Time: 22:00 Price: 35 - 45 TL

Concert
Tomorrow
Hindi Zahra in Istanbul again…
With her original blends of jazz and world music, Hindi Zahra, who performed in this summer's Akbank Jazz Festival, is returning to Turkey to perform at Babylon tomorrow night. This concert may be a great choice for Sunday night festivities as she will be playing a repertoire of songs from her latest album Hand Made. Date: Tomorrow Location: Babylon Time: 20:30 Price: 44.5 TL

Album Release
Guitar rock by Efsun
Breakign out with their first album Duy Sesimi, Efsun has now released a second with Pasaj Müzik, entitled Sessiz Olmayalım,that has recently hit the shelves. This album has ten songs that are even further influenced by rock sounds. It's well worth listening to Efsun sweet songs with a rock tinge. Pasaj Price: 14 TL

Exhibition
Unitl March 3rd
Cuba in Beyoğlu
This month's artist spotlighted at the Fototrek Photography Center located in the İstiklal Caddesi Mısır Apartmant is Cem Canbay, who will be showcasing photographs from a trip he took to Cuba in 2009. The exhibition is entitled From 'East to West' 30 days to Cuba. Date: Until March 3rd Location: İstiklal Caddesi Mısır Apt. No: 311 Floor: 1 Unit: 3 Beyoğlu Tel: 0212 251 90 14

Concert
Tonight!
Watch out for this duo!
Isobel Campbell, well known for her contribution to Belle & Sebastian before they broke up, has gained even more popularity through her solo work, will be performing tonight with one of the most charismatic men in the rock world and mentor for Queen of the Stone Age, Mark Lanegan. Date: Tonight Location: Salon İKSV Time: 22:30 Price: 28 - 45 TL