Sundance debuts on the Bosphorus at Istanbul film fest 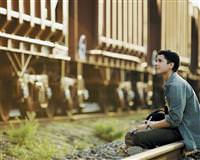 "Amreeka," in which a Palestinian mother and son immigrate to suburban Chicago, is part of the Sundance Institute's new touring program. Film Forward aims to unite U.S. filmmakers with their international peers at workshops and screenings.

Director Cherien Dabis developed the script at a Sundance screenwriting lab in 2005 in Jordan, and is now in Istanbul at !f, one of 14 stops for Film Forward, to share her experience.

"We've been sort of flirting with Sundance for the last few years. They have wanted to do more work in this region," said Pelin Turgut, !f co-founder and co-director.

After a decade, !f is a landmark event on Istanbul's culture calendar. Ten days of film screenings are accompanied by talent camps, parties, lectures, debates and an acclaimed short film competition that has seen submissions rise 20-fold, says Turgut.

Audience numbers have nearly quadrupled to 70,000, she says.

The festival coincides with a renaissance in Turkish film. After a 1980 military coup and subsequent crackdown, the industry, which once rivaled Bollywood in the number of films it produced each year, largely stagnated, along with other forms of cultural expression.

"Turkish films began appearing on the international festival circuit in the 2000s, and by their very nature, they were independent, largely personal films," says Yesim Tabak of the International Federation of Film Critics. "Now filmmakers experiment with everything. Turkish cinema has become diverse."

A trip to the cinema can include Turkish versions of rom-coms, zombie flicks, action blockbusters and period dramas.

A decade ago, fewer than five films were produced each year; in 2011, that number will top 70, Turgut says.

Seventy new theatres have opened in the last five years as audience numbers grew 35 percent to an estimated 42 million this year, said Cumhur Kuscuoglu, a board member at movie chain AFM Sinemalari, which hosts !f.

Still, Turkey ranks 53rd in film-going among 60 countries, according to AFM figures on admissions per capita.

Each year, !f makes a point to show films that focus on social dilemmas, including human rights, environmentalism, gay and lesbian life and the role of new media.

These issues remain provocative in Turkey, a secular but conservative Muslim country. A special screening on Saturday of "Four Lions," about a group of bungling Islamic suicide bombers, will be broadcast live in 25 cities across Turkey, as well as in Ramallah in the West Bank and Tangiers, with Morris on hand to take questions.

For a second year, !f hosts "The Opening," named after a government initiative that aims to address Kurdish grievances but has faltered ahead of an election this year.

Included in the section is the gem "Zare," considered the first Kurdish film, shot by Armenian director Hamo Beknazarian in 1927. The 35-mm print came with special, one-time screening permission from the Armenian national archives.

The section's three other films are from the perspective of Kurdish guerrillas, a subject still taboo in Turkey where a 26-year war with the outlawed Kurdistan Workers Party (PKK) still simmers after more than 40,000 people have died.

"The initiative appears to have stalled, but we're pressing ahead," says Turgut. "Films offer the human stories behind the politics and a different way of relating to conflict."

The !f festival runs until Feb 27 in Istanbul, then shifts to the capital Ankara between March 2-6.