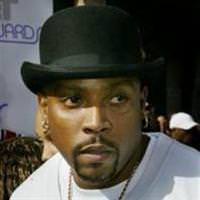 Rap artist Nate Dogg, known for his collaborations with such hip-hop stars as Dr. Dre, Warren G and longtime friend Snoop Dog, has died at age 41.

The cause of death was not immediately known, but Nate Dogg, born Nathaniel D. Hale, had suffered from recurrent health problems, including strokes in 2007 and 2008, The Hollywood Reporter said.

News of his death on Tuesday was first reported in the Long Beach Press-Telegram, his hometown newspaper, and Snoop Dogg send out a Twitter message on his friend's passing a short time later.

"We lost a true legend n hip hop n rnb. One of my best friends n a brother to me since 1986 ... I am so sad but so happy I got to grow up wit u and I will c u again n heaven cuz u know d slogan all doggs go to heaven," he tweeted.

A contemporary of Snoop and the late Tupac Shakur (aka 2Pac), Nate Dogg made his recording debut with the single "Deeez Nuuuts" on Dr. Dre's landmark 1992 album "The Chronic," and appeared on 2Pac's seminal double-disc set "All Eyes on Me."

Described by AllMusic.com as "the soul man of G-funk," Nate also teamed up with Warren G for one of the biggest hip-hop hits of the 1990s, "Regulate," which reached No. 2 on the Billboard Hot 100 singles chart in 1994.

He and Warren G later parted company, but Nate Dogg hit the charts again in 1996 with "Never Leave Me Alone," featuring Snoop, and released his own debut album, "G-Funk Classics, Vols. 1 & 2," early the following year on Interscope Records.

He followed that with two more solo collections, the latest, titled "Nate Dogg," was released in 2008,