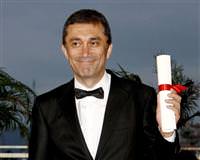 The 2011 Cannes film festival opens on May 11 with Woody Allen's film "Midnight in Paris." The selection this year will include 49 feature films from 33 countries including 44 world premieres and a 20-film main competition.

Following is the list of the films in competition, listed by the nationality of the director:

-- Starring Emily Browning, the film is about a student drawn into a hidden world where old wealthy men have their way with her while she sleeps under heavy sedation.

-- A debut film about the problematic relationship between a 10-year-old boy and a 35-year-old man.

* The Kid With A Bike/Jean-Pierre and Luc Dardenne

-- The Boy with the bike is about a child who turns to a young woman after being abandoned by his father.

* We Need To Talk About Kevin/Lynne Ramsay

-- Starring Tilda Swinton and John C Reilly. A film about parents whose son carried out killings in a school.

-- Starring Kirsten Dunst, Charlotte Gainsbourg and Kiefer Sutherland, this is an end-of-the-world sci-fi drama about a planet that appears to be on a collision course with Earth.

-- Drive stars Ryan Gosling and Carey Mulligan in a film about a stunt driver moonlighting as a criminal getaway driver.

-- A comedy drama about a shoe shiner who saves an immigrant child in Le Havre.

-- A movie about a brothel where a prostitute has been disfigured with a "permanent grin."

-- Vincent and Alain decide to play men of power in a film in which truth and fiction are blurred.

-- A battle of the sexes comedy

-- Cedar will premiere his film about two competing professors who are father and son.

-- Starring Michel Piccoli as a Pope struggling with his responsibilities.

* This Must Be The Place/Paolo Sorrentino

-- Starring Sean Penn as a retired rock star seeking out his father's killer.

-- A film about the Asuka area from ancient to modern times.

-- With Antonio Banderas, who plays a surgeon out for revenge.

-- About a doctor in Anatolia.

* The Tree of Life/Terrence Malick

-- Starring Brad Pitt and Sean Penn in a tale of a family with three sons set in the 1950s.