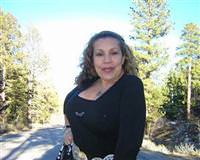 A scandal over Arnold Schwarzenegger's love child switched on Wednesday to the mystery woman at the center of one of Hollywood's best-kept secrets.

As America's top comedians lampooned the former California governor and "Terminator" star, U.S. media hunted down the member of his household staff with whom he admitted fathering a child, while he was married to Maria Shriver.

The woman was identified in numerous media reports as Mildred Baena, a 50 year-old separated former housekeeper at the Schwarzenegger household, who has a registered address in the central California city of Bakersfield.

Some reports said that Schwarzenegger bought the house for her last year. Television crews and reporters swarmed to the property on Wednesday but found no-one at home.

Celebrity website TMZ.com published a birth certificate which appeared to confirm that the child, a boy, was born in October 1997, making him now 13 years old.

If correct, it would mean that Schwarzenegger's out of wedlock son was born a week after Shriver delivered the couple's fourth child, Christopher, in September 1997.

Shriver, a member of the Kennedy political family and a former TV journalist, made her first public appearance since the scandal broke, appearing at the side of Oprah Winfrey at a farewell show for the TV talk show host in Chicago on Tuesday night.

"You've given me love, support, wisdom, and most of all, the truth," Shriver told her old friend Winfrey.

Celebrity website Radaronline.com in a joint investigation with the tabloid Star magazine claimed that the housekeeper was fired by Schwarzenegger after 20 years service in a bid to save his marriage to Shriver. The woman had earlier told the Los Angeles Times that she decided to retire in January 2011.

The power couple announced last week they had separated earlier this year.

Meanwhile comedians are having a field day with the man now dubbed the "Sperminator".

Long-time Schwarzenegger pal Jay Leno joked on "The Tonight Show" on Tuesday that, "He kept this hidden for over a decade, which is pretty shocking. I had no idea he was that good an actor."

Conan O'Brien quipped that "Arnold has made two 'Juniors' that he doesn't want to talk about. Remember that movie from 1994?"

Schwarzenegger's private life is expected, however, to have few repercussions on his bid to return to show business after ending his term as California governor in January.

The producers of upcoming movie "Cry Macho" and animated TV comic book series "The Governator" told the Hollywood Reporter they were going ahead as planned.

In a stroke of irony, "The Governator" stars Schwarzenegger as a crime-fighting superhero with a lair underneath his home so secret that not even his wife and kids are aware of it.