Films by Reha Erdem show in the states 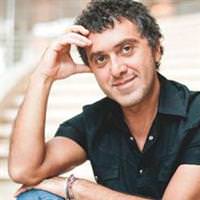 A series of films by award-winning director Reha Erdem will be showing for American viewers.