Amy Winehouse heads back to rehab 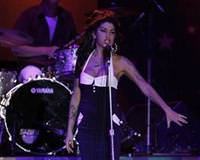 Troubled British singer Amy Winehouse is heading back to rehab, her spokeswoman said on Friday.

Winehouse, 27, ironically best known for her 2006 hit "Rehab," checked herself in to a U.K. clinic on Wednesday prior to playing several summer dates in Europe.

"Amy has embarked on a treatment program at the Priory Clinic," her publicist Tracey Miller said in a statement. "She wants to be ready for performances in Europe this summer and decided to seek an assessment. She will remain at the Priory on doctor's advice."

The Grammy-award winning Winehouse has had an ongoing battle with substance abuse and health issues.

Celebrity website People.com reported on Friday that the move to enter rehab was prompted by her father Mitch Winehouse, who felt his daughter was drinking too much again.

Winehouse has yet to release a follow-up album to her 2006 breakout album, "Back to Black." Her first new recording since then, "It's My Party," appeared on Quincy Jones compilation, "Q: Soul Bossa Nostra," released last fall.

According to Winehouse's website she is due to perform at music festivals in Serbia, Turkey, Greece, Spain and other European nations starting on June 18.

She is also expected to be among the singers performing alongside Tony Bennett on his forthcoming album, "Tony Bennett: Duets II," due out this fall.