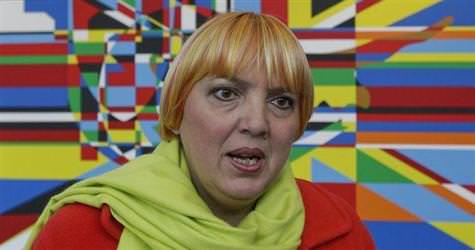 As shooting continues in the Doğanbey village located in Aydın's Söke district for the film "Entelköy-Efeköy", a new actor has joined the cast, Germany’s Green Party Co-Chair Claudia Roth.

Yüksel Aksu's film, which tells the story of a group of ecological activists who move to a modest Aegean village, has had political figures play roles in the past. Previously, former Minister of Transportation Yüksel Yalova played the part of Minister of Culture. Roth will be playing herself. The film deals with the comedic exchanges between the villagers and the activists, which are trying to prevent the building of a thermal power station. The director, Yüksel Aksu, who is better-known for his film 'Dondurmam Gaymak', has employed a number of local villagers to play themselves in the film, which is set to be released next year.
Last Update: May 30, 2011 4:40 pm
RELATED TOPICS