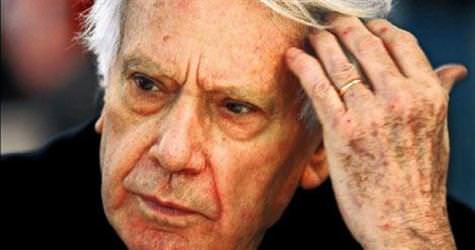 Spanish prize-winning and politically committed novelist Jorge Semprun, who was also a scriptwriter, French Resistance fighter and concentration camp survivor, has died at the age of 87.

Spain's Culture Ministry, which he headed from 1988-91, said Semprun died late on Tuesday at his Paris home.

As well as being nominated for two Oscars for his work in film, Semprun had the rare distinction of winning top awards for novels he wrote in both Spanish and French.

Born in Madrid in 1923, Semprun fled with his family to Paris in 1936 after a military coup aided by Nazi Germany and Fascist Italy led to a protracted and bloody civil war in Spain.

Semprun joined the French Resistance to German occupation during World War II. He was captured and sent to the Buchenwald concentration camp in Germany, where he remained until it was liberated by U.S. troops in 1945.

His deportation and imprisonment later became the basis of an autobiographical novel recently re-edited in English as "The Cattle Truck".

A grandson of Spanish Prime Minister Antonio Maura, Semprun was active in politics for much of his life. He joined the Spanish Communist Party and undertook clandestine missions in Spain during the long dictatorship of Francisco Franco.

He turned to writing after he was expelled from the party in the 1960s, and was nominated for Academy Awards as a screenwriter for the Alain Resnais-directed 1966 film "The War is Over" and Costa-Gravas's 1969 movie "Z".

Semprun wrote mostly in French and was admitted in 1996 to France's Academie Goncourt, which awards one of that country's most prestigious literary prizes each year.

The office of French President Nicolas Sarkozy hailed him as a Frenchman by adoption and a "leading figure amongst committed 20th-century writers."

"Semprun had chosen France as his homeland, following the example of Casanova, Beckett and Cioran," a statement from the Elysee Palace said.

In his native Spain, Semprun won the leading Planeta novel prize in 1977 for his "Autobiography of Federico Sanchez", whose title was taken from the alias he used as an activist.

Although domiciled in France, the dapper Semprun was often to be seen at leading cultural events south of the Pyrenees such as the Semana Negra literary festival and he wrote guest articles in Spanish newspapers.

"We all must remember and pay tribute to him and we all regret his loss. Jorge Semprun has gone down in history as one of the best democrats in Europe and Spain," Spanish Prime Minister Jose Luis Rodriguez Zapatero told reporters.