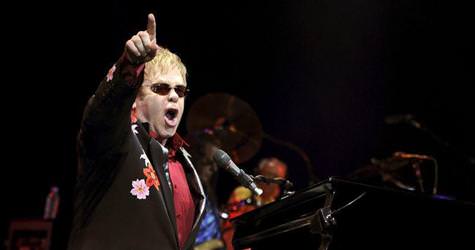 Worldwide famous English singer and composer Elton John will be performing two concerts in Turkey as part of his world tour.

First performing in Istanbul, Elton John will then go on to Ankara for the first time ever to perform for fans in the capital on July 6th.
Crowned the 'Sir' title by Queen Elizabeth in 1998 for his contribution to music and his efforts to help the struggle against AIDS, John, will be playing for his Turkish fans in both Istanbul and Ankara. The upcoming concert marks the first time the artist will perform in the capital.
Elton John will be performing in Turkey as one of his stops on his world tour and plays on July 5th in Istanbul and July 6th in Ankara. Fans in the capital should be prepared for a wonderful evening as the concert in the Ankara Arena will surely go down in history as being one of the most significant events to have ever transpired in the capital. Due to the high capacity of the Ankara Arena, 8,500 fans will be able to attend the performance.
Elton John also performs on July 5th at Istanbul's Küçükçiftlik Park.