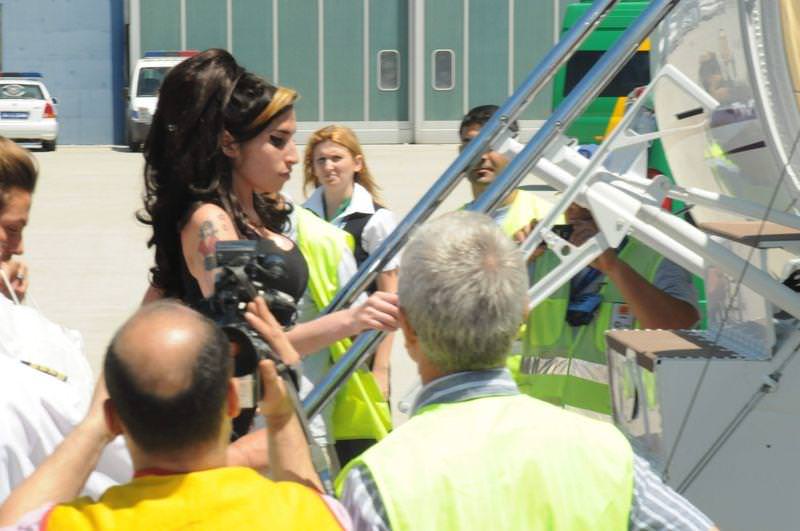 Booed for taking the stage in Serbia while under the influence, Amy Winehouse cancelled her scheduled concert in Turkey and holed herself up in a hotel in Istanbul. Even her departure was eventful; the singer’s bodyguards attacked journalists on the airport apron.

When the famous singer performed a concert in Belgrade while intoxicated and ended up forgetting the words to her songs, the fans booed her off the stage. Depressed as a result, Amy Winehouse has since cancelled her European tour including the stop scheduled for June 20th in Istanbul.
Winehouse made a silent entry to Istanbul Sunday, following her performance in Belgrade and refrained from leaving her hotel in Maslak where she stayed for three days.
On Monday, her 12-member crew went on to Athens, whereas Winehouse departed Turkey on Wednesday. She was accompanied by her security while departing the hotel for the Atatürk Airport General Aviation Terminal.
The 28-year-old singer rented a Challenger 605-type private plane from DÖYSA VIP Aviation, on which she flew from Istanbul to London.
Winehouse's security attacked journalists trying to capture footage of the troubled singer as she boarded the plane. The journalists persisted however, which resulted in a scuffle on the airport's apron.