Ramadan concerts on the Big Island 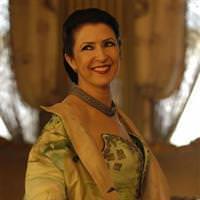 Büyükada (Big Island), the largest of the nine Princes’ Islands, will be hosting a series of well-loved artists from a variety of musical styles for performances held every weekend during the month of Ramadan.

While a variety of festivities are being held for the month of Ramadan in Istanbul, including street meals to break the fast, concerts, conference panels, lectures, book fairs and a variety of other cultural, artistic and entertaining events celebrations have now made their way to the Princes' Islands.
The Büyükada Summer Concert Series, organized by the Istanbul Metropolitan Municipality is yet another entertaining alternative to celebrate the month of Ramadan.
The Büyükada Summer Concert Series kicks off on August 6th with a concert performance by Melihat Gülses. One of the strongest voices to perform the Turkish Classical Music style will be performing an unforgettable musical feast for fans on the Big Island. After Gülses' performance, the concert series on the uniquely beautiful Büyükada continues with a performance by Yeni Türkü on August 13th, Jazz Quartet on August 21st and Yırtık Uçurtma on August 7th. The concerts will take place on the Büyükada Çınar Square and will start at 22:00.
August 6th, Melihat Gülses