Who is playing where during the upcoming holiday? 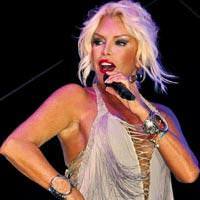 With the approach of the upcoming three-day-long Eid ul-Fitr, which concludes the holy month of Ramadan, a number of well-loved performers will be taking to the stage to celebrate the holiday season.

Starting August 30th, famous performers such as Superstar Ajda Pekkan and Turkish pop music favorite Sezen Aksu have already mapped out how they plan to be spending the upcoming holiday. The following is a selection of performances scheduled for the three-day Eid, which follows the end of the holy month of Ramadan.
SIBEL CAN
Sibel Can is possibly going to be one of the busiest performers during the 'bayram' holiday. On the first day of Eid, Sibel Can performs at Antalya's Sueno Hotel. The following day, Can performs at the Merit Hotel in Cyprus. Can finishes off the three-day holiday with a concert for fans in Bodrum's Amphitheater. The famous singer will be moving on from Bodrum to Çeşme to perform a final concert at Çeşme's Aqua Park before returning back to Istanbul.
HÜLYA AVŞAR
Staging a comeback to the music world with her new single 'Geçmiş Olsun', Hülya Avşar will be spending this holiday season diligently at work. On the second day of Eid, Avşar performs at the Kaya Artemis Resort & Casino and will surely entertain fans with stage shows and a full repertoire of favorites. SEZEN AKSU
After performing a series of beautiful concerts throughout the summer, during the holiday season Sezen Aksu will perform at the Savoy Ottoman Palace in Cyprus.
KENAN DOĞULU
Having trotted back and forth between America and Turkey, on the third day of Eid Kenan Doğulu will be performing at the Cratos Hotel in Cyprus.
FERHAT GÖÇER
While continuing to work on his new album, Ferhat Göçer will be performing on the first night of the religious holiday at the Mercure Hotel in Cyprus.
ENBE ORCHESTRA
The Enbe Orchestra performs at the Mardan Palace in Antalya on the second day of the holiday.
PETEK DİNÇÖZ
Petek Dinçöz will be performing for fans on the third day of the religious holiday at the Ali Ağa Festival in Izmir.
AYNA
Not only will Ayna be releasing a new album for fans at the start of the week, but also the group will be playing an open-air concert in Ordu on the second day of the Ramadan holiday.
SUPERSTAR AJDA TO EXCITE FANS
Making her mark on this summer's concert series with both her performances and stage costumes, Ajda Pekkan will continue to take the spotlight during the upcoming holiday, by performing at the Cratos Hotel in Cyprus on the second day of Eid ul-Fitr.