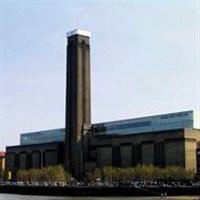 England’s most important museum, the Tate Modern will be hosting a joint exhibit with one of Istanbul’s leading art centers SALT.

The most visited modern art museum in London, the Tate Modern is planning to collaborate with SALT, Garanti Bank's Art center and one of the leading art establishments in Turkey, on a joint exhibit.
The exhibit will be two-part with the first being held at the Tate Modern and the second leg at SALT Beyoğlu.
The exhibit will focus on recent breakthrough artists, especially young artists, whose work has been acknowledged internationally. The first leg will be held on November 4th, 2011 at the Tate Modern's Level 2 Gallery. The project's Istanbul leg will begin in spring 2012 at SALT Beyoğlu. Taking on the organization of the exhibit at SALT is Duygu Demir, with Kyla McDonald taking on the Tate Modern.