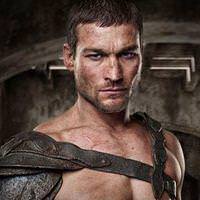 Actor Andy Whitfield, the former star of TV show "Spartacus: Blood and Sand," died on Sunday of lymphoma in Sydney, Australia, at age 39, his representatives said.

Whitfield played the indomitable hero Spartacus in the Starz network show when it launched last year.

The actor, whose other credits included the 2010 film "The Clinic" and the 2007 movie "Gabriel," had to step away from his role on "Spartacus" due to his illness, non-Hodgkin lymphoma.

"On a beautiful sunny Sydney ... morning, surrounded by his family, in the arms of his loving wife, our beautiful young warrior Andy Whitfield lost his 18-month battle with lymphoma cancer," Vashti Whitfield, his wife, said in a statement.

"We were fortunate to have worked with Andy in 'Spartacus' and came to know that the man who played a champion on-screen was also a champion in his own life," Albrecht said in a statement. "Andy was an inspiration to all of us as he faced this very personal battle with courage, strength and grace."

Whitfield was born in Wales and later moved to Australia. Due to his illness, he was replaced on "Spartacus" by Australian actor Liam McIntyre.