Istanbul in the state of Jazz 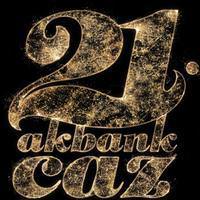 Every year jazz lovers await one of Istanbul’s longest winded festivals, the Akbank Jazz Festival, which brings the city to life.

Under the slogan, 'The City in the State of Jazz', this year the Akbank Jazz Festival kicks off on October 13th and will run until November 3rd, 2011. The 21st Akbank Jazz Festival's concert series will host a number of globally acclaimed jazz artists, while the festival will also include workshops, panels, contests, college campus concerts and brunches to jazz.
The 21st Akbank Jazz Festival kicks off on Thursday October 13th, 2011 with a concert by Arild Andersen, one of Europe's leading contrabass player and recipient of France's 2008 Academie de Jazz award for musician of the year, in a performance which will be held at the Cemal Reşit Rey Concert Hall. Amongst the other prominent performers to play this year's festival are the Charles Lloyd New Quartet, Avishai Cohen "Seven Seas", Arild Andersen Trio, Maffy Falay Sextet, Dusko Goykovich Quartet, The Ray Gelato Giants, Azam Ali & Niyaz, Carmen Souza, Robert Glasper Experiment, Vijay Iyer Trio and ZAZ.