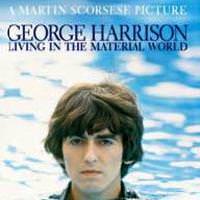 Surviving ex-Beatles Paul McCartney and Ringo Starr joined director Martin Scorsese on the red carpet late on Sunday for the premiere of "George Harrison: Living in the Material World."

The documentary, about the Fab Four guitarist who died in 2001 aged 58, will be released in UK cinemas for one night only on Tuesday before being aired by the BBC public broadcaster in November.

Scorsese traces the life of Harrison from his musical beginnings in Liverpool, his meteoric rise to fame with the Beatles and his search from an early age for spiritual fulfilment.

"We had lots of material things at quite an early age and we learned that wasn't it, we still lacked something," Harrison said when he was 22.

"George, to me, was taking certain elements of R & B and rock and rockabilly and creating something unique," fellow guitarist Eric Clapton said.

Although most of the Beatles' hits were penned by Lennon and McCartney, Harrison wrote classics including "While My Guitar Gently Weeps" and "Here Comes the Sun."

He embraced Indian culture in the mid-1960s and organised the benefit Concert for Bangladesh in 1971 which the film makers called "the first major rock concert to address a world crisis."

"For years, his music seemed to be dealing with themes that I connected with," Oscar-winner Scorsese told the BBC at the premiere.

"I found comfort in them and a hope and a special experience listening to his music. I was fascinated by him."

McCartney said on the red carpet: "Every time I see anything to do with George it brings back more memories than you would believe.

"He was my little mate on the school bus ... when he was very little. He's sorely missed by us all."

McCartney was accompanied by fiancée Nancy Shevell. The couple have posted their wedding banns at the London registry office where the musician married his first wife Linda over 40 years ago.