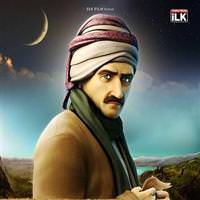 Speaking at a press conference held at Eskişehir Kanatlı Pink Cinemas to promote the film, Ser Film Eskişehir Representative Adem Özer announced that the latest animation technology was used in this film which depicts the life of Said Nursi, one of the greatest Muslim scholars.

Özer also announced that the film 'Devoted Servant of God: Barla' (Allah'ın Sadık Kulu: Barla) is showing in three different theaters in the Eskişehir Kanatlı Shopping Center with 15 show times every day. Mentioning that they have experienced great demand to view the film, Özer states, "We have already filled 80 percent capacity for showings in three different theater rooms. In Eskişehir alone, we anticipate that over three weeks' time of the film's release, we will have had 50,000 movie-goers. However, we anticipate approximately five million people throughout Turkey will come out to see the film."

Produced by Fatih Gök and directed by Esin Orhan, the animated film 'Devoted Servant of God: Barla', a Ser Film production was released on Friday throughout Turkey and will show internationally in December.