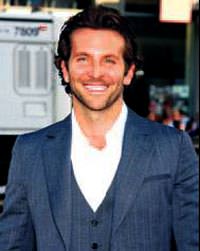 Bradley Cooper is the latest Hollywood heartthrob to be named People's sexiest man alive, the magazine announced on Wednesday.

In choosing Cooper, who has enjoyed box office success most notably in "The Hangover" films, the magazine said there was more to the actor than his dazzling baby blues and a killer smile.

The 36-year-old is also a Georgetown University graduate, can cook, rides a motorcycle and is fluent in French.

Cooper's humility only added to his appeal, People said.

"I think it's really cool that a guy who doesn't look like a model can have this," he told the magazine. "I think I'm a decent-looking guy. Sometimes I can look great, and other times I look horrifying."

Although he is single, Cooper said he doesn't see himself as a ladies man.

His initial reaction when he learned about the latest accolade was, "My mother is going to be so happy."

Previous winners included actor Ryan Reynolds, George Clooney, Brad Pitt and Mel Gibson, who was named the first sexiest man alive by the magazine more than a quarter-century ago.