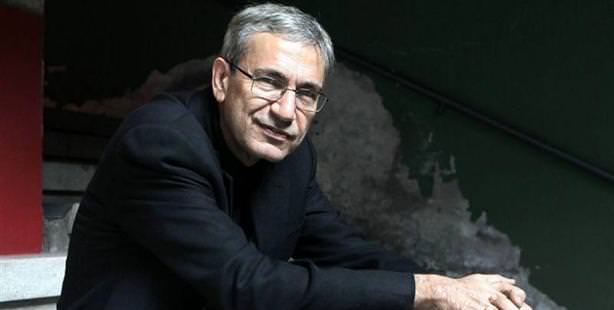 Suspicion arose amongst journalists based on praise by Orhan Pamuk which was printed on the cover of a book written by another journalist in Germany in an effort to avenge a fellow colleague.

One of the biggest scandals in recent years has erupted in the literature world in Germany. A novel entitled 'Der Strum', in which a character penned after a famous journalist is murdered, turns out to have been written by Süddeutsche Zeitung newspaper's famous Culture and Literature editor Thomas Steinfeld under the alias 'Per Johansson'. The scandal surrounding a novel written out of animosity arose from the suspicion regarding a credit printed on the book's cover.

WHY WAS PAMUK CREDITED?

The fact that the journalist murdered in the book bared a striking resemblance to Frank Schirrmacher, a co-publisher of the Frankfurter Allgemeine Zeitung newspaper had aroused suspicion amongst fellow journalists. When journalist's noticed that praise by Nobel Laureate award-winning writer Orhan Pamuk, which read "This is the best and most intelligent detective novel I have read in a long time" was printed on the book's cover, they appealed to S. Fischer Publications to speak with the novelist himself.
At first the press house attempted to delay the journalist's request, however in the end they simply responded by stating, "Unfortunately Per Johansson does not give interviews."

The journalists were unable to work out why a writer of Orhan Pamuk's caliber would offer this level of praise for a book written by a seemingly unknown writer. It turns out that in the end it was one newspaper drawing attention to the fact that such prestigious writers as Orhan Pamuk had been credited as praising the book that resulted in the reveal of the scandal surrounding the novel.

WHAT LANGUAGE DID HE READ IT IN?

The question of in what language Orhan Pamuk had actually read the book, which was only released in Swedish and German, resulted in further details of the incident beginning to surface. Thomas Steinfeld's close relationship with Pamuk is well-known. Steinfeld has even come to Turkey a few times, and paid visits to Pamuk.

While journalists' requests for an interview were declined, the description of the writer on the back of the book stated that he was born in Malmö in 1962. He worked as an electrical technician and has resided in Berlin since the 1990's. The writer was stated to have an interest in photography and short films and is the owner of a company that creates websites for performers.

The German press however was unable to find any additional information on the writer. He didn't have any previous books or editorials published, while cultural arts circles in Berlin claimed they didn't know him. Meanwhile, Alexandra Grafenstein, who was credited with having translated the book, has also never surfaced nor has any records in the industry .

Once upon a time, Steinfeld and Schirrmacher had worked together at FAZ.
After a dispute with Schirrmacher, Steinfeld was forced to leave the paper. Steinfeld has since admitted that he wrote the novel in question, however states, "It is definitely an imaginary character" and says it is not a depiction of Schirrmacher.

However the character in the book, named "Christian Meier" has a distinct interest in "the elderliness of society", "the future of robots", gene technology, the dangers of the internet and "disaster scenarios",which are the same topics Schirrmacher has also written about.